The Champions League is back at Old Trafford. Manchester United are returning to the elite European competition, after a year of exile in Europa League. That adventure ended pretty good as Man United have won it, but now is the time to start a bigger adventure.

Manchester United will play this season in group A with Benfica, Basel and CSKA Moscow. Their first match is on Tuesday against the Swiss champions. Basel will be visiting a slightly celebratory Old Trafford as the famous anthem will be played again. However, there are certain things we are looking forward to seeing from Manchester United in the group stage matches.

Lindelof arrived from Benfica and he could play his former team twice this autumn. Yet, first up are Basel. Phil Jones and Eric Bailly will not play, giving way for the Swede and Chris Smalling.

Jose Mourinho has already stated he does not worry about using a new centre-back pairing, claiming ‘everything will be fine’. Still, we are finally going to see Lindelof in a Manchester United shirt in a match that actually matters.

He has been praised by his team-mates and the manager . Also, he is the first choice in a new, post-Zlatan Ibrahimovic Sweden era. Against Basel, Lindelof should not be troubled that often. It is expected that United will have most of the ball, yet Lindelof and Smalling should remain careful in preventing any counter-attacks.

Well, hopefully. Manchester United got in a nice group with two sides apparently worse than Europa League champions. Benfica will be the first proper European challenge for United this year. Yet, there are matches where Mourinho could tinker more.

We have seen Man United play in a 4-2-3-1 this season. Also, there was a 4-3-3 transforming into a 4-2-3-1 against Stoke. However, we have also seen them play in a 3-5-2 resembling 3-6-1 during pre-season. That could happen again. If Lindelof shows what he knows right away, he could play alongside two centre-backs. Using him together with Eric Bailly and Phil Jones would not be unthinkable in a month or two from now.

It would also give Mourinho a chance to rest certain midfield players and try new things out. Qualifying from this Champions League group will not be an unsurmountable task. Therefore, why not try some things out before using them in the Premier League?

Setting The Tone For A Successful Manchester United Season

This can always be a case from a mental perspective. Strong autumn displays in the Champions League could have a big impact on Manchester United. Every team needs confidence in crucial Premier League months. More confidence from a great six-match campaign can affect Man United positively during December and January.

We know Premier League titles are often decided during a chaotic period of winter months. If your team is confident, it will grind the wins out even when they are tired or are not having the best day. That makes a difference between the title challenger and the title winner. 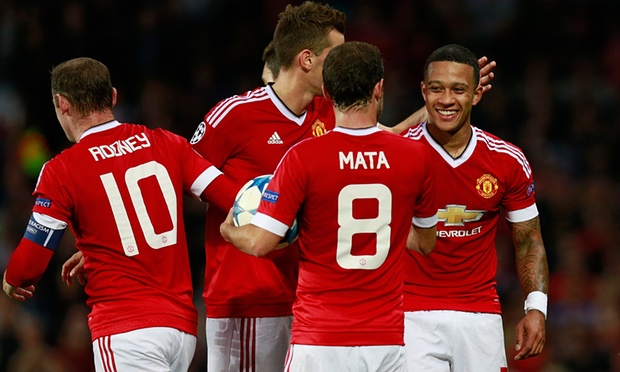