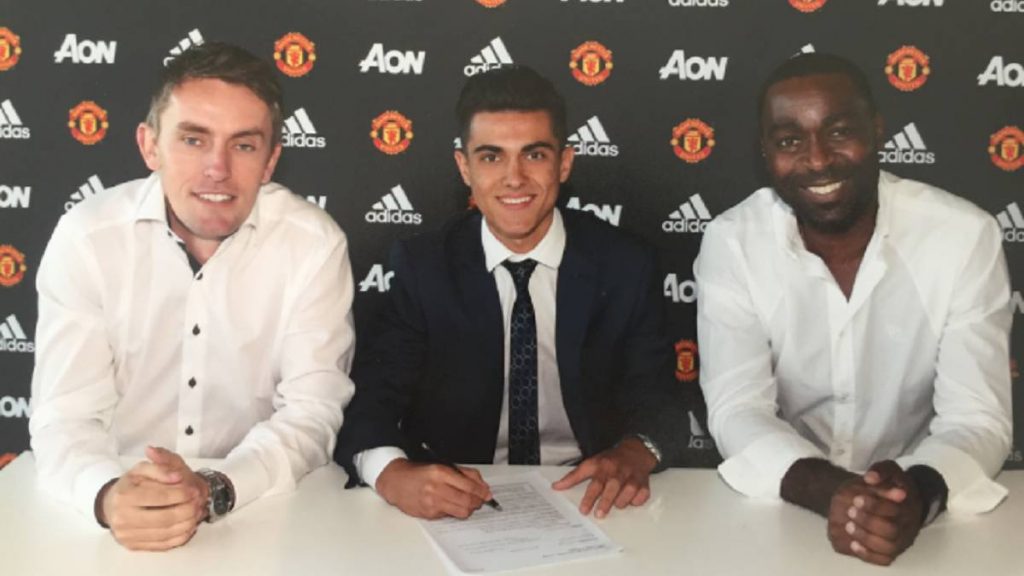 Manchester United have always been one of the most active teams in the world when it comes to signing young players. Names such as Paul Pogba, Gerard Pique, and Adnan Januzaj have graduated from the Academy in recent years. Others such as Joel Pereira and Timothy Fosu-Mensah are yet to establish as regular first-teamers. But The Red Devils won’t stop dealing, and have added another quality name to their youth ranks.

In the midst of the international break, United finalised a move to sign bolstered their academy with the signing of Arnau Puigmal. The Spanish teenager is considered one of the top prospects in Spain, and is now set to ply his trade in England where he will have all the tools to progress into a world-class player. He certainly has enough talent to make it.

The 16-year-old committed to United in July. However, Puigmal needed international clearance to seal his move. The talented prospect confirmed the deal on Instagram as he posted a picture of himself signing his contract. He was next to Under-18s coach’s Kieran McKenna, and former United striker Andy Cole. Puigmal had been linked with a move to FC Barcelona, but United moved quicker and signed him.

The Spaniard wrote: “Very happy and proud to announce that I am a new Manchester United player, a dream come true. It’s time to work, come on Red Devils!” He looks motivated for the challenge of playing at Old Trafford. However, now he needs to star in a whole new level.

Puigmal joins United from Espanyol, where he was a member of the club’s academy since 2010. He won the MVP Award at the Mediterranean International Cup. For those who do not know, Cesc Fabregas and Lionel Messi have starred there in the past. And just like the last two, Puigmal have loads of potential. But who is he? Because United fans do not know much about him. The lone thing everyone knows is that he comes from Espanyol as a highly-touted prospect.

First of all, Puigmal is a cultured central midfielder who can operate on several roles in the middle of the pitch. He possesses an accurate first touch, a great passing range, and thrives going forward. He’s quite physical, so his game should fit quite well in the Premier League, and can score goals with both feet. Moving forward, he profiles as a player who can operate as a box-to-box midfielder or a deep-lying playmaker. In many ways, he looks like a stronger, more physical version than Ander Herrera.

Espanyol expected big things out of the 16-year-old, though. They wanted him to become a first-team regular in a two-year span, and all signs indicated he was on the right track to accomplish that. The teenager has also showed signs of a maturity beyond his years. But now he will be tested on a tougher environment. It’s one thing to thrive at Espanyol, and another completely different is to do it at United’s Academy and Reserves.

It will be a while before we can see the Spaniard playing as a member of the first team at Old Trafford. But if the reports are as accurate as experts indicate, then United got a steal. And a potential building block for the future.