Michael Carrick knows he does not have a lot of time left as a Manchester United player. The veteran midfielder extended his contract for one more season earlier this year. But all signs indicate he is quite close to retirement.

Carrick’s importance in the team is huge. Jose Mourinho said he wished “Carrick was 10 years younger” and the former Tottenham playmaker has been a key cog for “The Special One” in midfield. There is no doubt the club needs to replace him once he decides to retire.

One would think it would be hard to find a player with Carrick’s playing time. Modern midfielders are flashy and skilled, while Carrick is an “old-school” player. He doesn’t spend the entire match doing tricks, and his touch is one of the most accurate in Europe. His passing is excellent, and his experience allows him to control the pace of the game and dictate the team’s tempo. That last point can’t be overlooked, because it’s quite hard to do that in a league as fast-paced as the English Premier League.

Potential Transfer Targets As A Replacement

With those characteristics in mind, United would be wise to test the market looking for a replacement. And there are several players that would fit into the mold. If United wants to sign a player with potential that could remain with the club for a long time, three names come into mind: Marco Verratti, Miralem Pjanic, and Youri Tielemans.

These three players have different chatacteristics. Verratti is more defensive-minded, Pjanic is far more attacking, and Tielemans performs best as a box-to-box midfielder. The main hurdle is that all three players would be extremely costly, and all of them would force United to get into a bidding war.

FC Barcelona wants Verratti and/or Pjanic. Bayern have reportedly enquired about Verratti as well and are willing to spent a lot to sign him. And Tielemans will join AS Monaco in July. So United would be forced to wait at least one year to get him.

What About In-House Options?

What if United decide they do not want to spend heavily for a midfielder? The arrival of Victor Lindelöf and the potential of transfer for Alvaro Morata could eat a big chunk of the club’s transfer budget. So perhaps it would be wise for wait a bit, and fill some of their other needs. If that’s the case, then United already have the perfect replacement in Ander Herrera.

Herrera joined United in 2014, and even though he struggled to settle early on, eventually he became a vital piece for United. He has taken on a bigger role since the arrival of Mourinho, and there is no doubt the coaching staff trusts him to be the team’s primary playmaker. And he’s only 27, so he is entering his prime years. United will get the best out of him between the current contract, and a potential extension.

What Should United Do?

Signing a player such as Pjanic or Tielemans sounds exciting, sure. But they would be extremely costly. And since Carrick has one more year left on his contract, there is no need to rush.

Ander has all the characteristics needed to take Carrick’s role. He should receive every opportunity to do so, because otherwise they might waste a lot of money in a player they don’t really need. At least not right now. 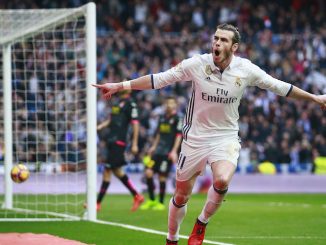