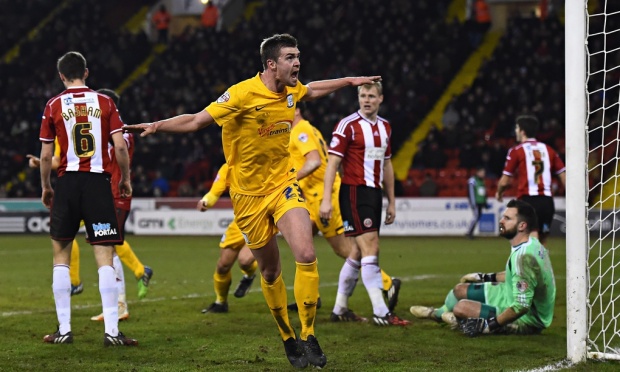 The last time Manchester United faced Preston North End in any competitive competition was back in the 1971/72 season, ironically in the FA Cup. The previous United team sheet included the likes if Bobby Charlton, Denis Law and of course, George Best. The like of Angel Di Maria, Robin van Persie and Falcao will line up over forty three years later in what is a very different competition.

Preston are riding high in League One and are a good bet for promotion – but will be looking to pull off one of the all time FA Cup shocks when they take on United at Deepdale, in a tournament that has already seen the likes of Chelsea and Manchester City lose at home to lower ranked teams.

United struggled to beat Cambridge in the previous round and Louis van Gaal was critical of his United side in the 3-1 defeat of Burnley last week – so United fans will expect a performance in the FA Cup, which looks like the only trophy United have a chance of winning this season.

We have a great view from the opposition with lifelong North End fan Dominic Bacon. We discuss former manager David Moyes, the then on loan David Beckham and is he still annoyed with Sir Alex Ferguson – five years on! You can follow Dom on Twitter @dombacon.

1) How would you sum up the season so far? Will you get promoted?
Pretty good so far but a bit sporadic – good runs followed by bad runs. If we go up it will be via automatic, we have a horrific record in the Play offs.

2) Who has been you star performers this season, and who would be happy to see the back of?
Joe Garner again – our latest bad run coincided with his injury, but he’s back now. I think Paul Gallagher has been great this season, class player. I wouldn’t like to single out anyone to get rid of, but I think our entire midfield has been weak this season, too inconsistent.

3) Preston last win the cup in 1938 – any chances of replicating such a feat this year?
None whatsoever.

4) What have you made of United’s signings this season?
Very un-United like. No matter how good they are its hard to integrate that many new players. I wouldn’t buy Falcao.

5) Are United a long ball team?
They do appear to be if it gets to an hour and they need to get something out of the game. But I think it’s fair enough to play to your strengths and Fellaini’s great at it.

6) What did you make of Sir Alex Ferguson’s decision to recall United players on loan following the sacking of his son Darren five years ago?
Diabolical and petty, and was the main reason we went down that season. Richie De Laet, Josh King, Matty James, all good players. The worse thing was the pressure he put on Tony Pullis to recall Danny Pugh (ex United) and Michael Tonge back to Stoke as well. I’ve got over my anti-Fergie obsession, but there’ll be plenty of people who’ll make it uncomfortable for him Monday night. He was big mates with our owner Trevor through horse racing – I’m not sure if they still are!

7) What are your memories of David Moyes and was he given enough of a chance?
Fantastic at Preston, really good guy and got us to within a hairs breath of the Premiership Holy Grail. Still revered in these parts. I don’t think he was given a fair crack at United, but the first one in after Fergie was always on a hiding to nothing. The one good thing to come out of it was the hours of pleasure I’ve had from the Andy Tate ‘technicality’ Vine – comedy genius.

8) Who is the greatest Preston player you’ve seen in your life time?
David Nugent was pretty special for us for a couple of years. But for me it will always be Tony ‘Judas’ Ellis, the one shining light in the awful John Beck years.

9) What did you make of David Beckham’s stint at Deepdale twenty years ago?
It was great for everyone involved – I saw one of the games and I think he scored from a corner. He only played half a dozen or so games, went back to Old Trafford due to a few injuries and the rest is history. What’s not to like about David Beckham?

10) What is your all time Preston NE xi, with gaffer and three subs
Just going to go for players I saw, would like to plump for the 1888/89 double winning invincibles team, but don’t think I’d get away with it. 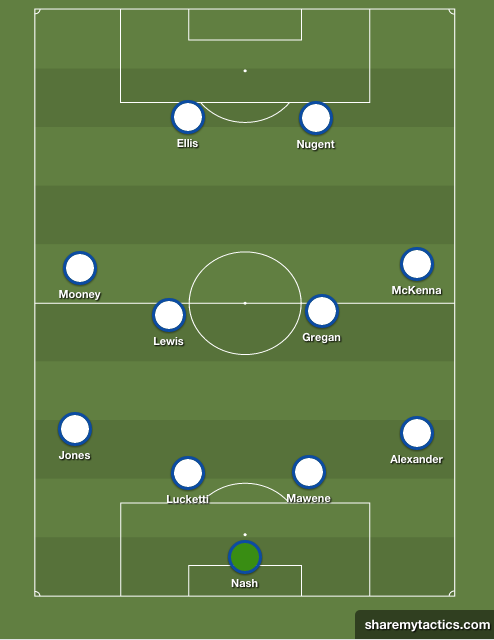 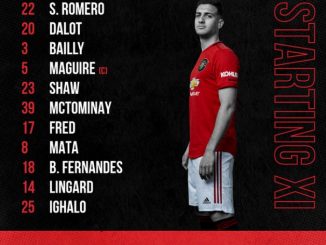