“Come in number 8, your time is up”. No doubt if number 8 did indeed stand up to look around at the park keeper, the boat would capsize and our former Brazilian pigeon chested midfielder would plunge into the lake. Yes, Anderson is finally moving on to pastures new, with Fiorentina securing the signature of a player who promised so much, but delivered very little in his six and a half years at Old Trafford.

The summer of 2007 seems a distant memory, when Reds were overjoyed to find at the end of May that United had acquired the services of two of the hottest young properties in Europe. Winger Nani from Sporting Lisbon and the Brazilian player maker Anderson from Porto. Sir Alex Ferguson would also add Carlos Tevez to an attacking arsenal that already consisted of the maturing Cristiano Ronaldo and Wayne Rooney. United would go onto win the European Cup and retain the Premier League title.

Wayward shooting, over eating, no look passing, long term injuries, ‘shitting on Fabreas’, brasses, samba dancing and that penalty in Moscow. A player who promised so much, who for one reason or another – but just didn’t deliver.

Its unsurprising that Anderson made the most appearances in a red shirt in his first two seasons at Old Trafford. His debut in a 1-0 victory over Sunderland, where Louis Saha gave United a 1-0 victory, was uneventful – but many fans who had seen glimpses of his talent in a Porto shirt and thought that sooner or later his ability on the ball would shine through as he was difficult to pick up as he preferred to move the ball quickly before running into space.

His performance alongside Owen Hargreaves in the 2-2 draw with Arsenal, a game where the young Brazilian got the better of the young Spaniard Cesc Fabregas, was exceptional and United would have won the game had it not been for a very late William Gallas goal. It was his performance in the 4-0 FA Cup victory over Arsenal, combined with Nani’s showboating, that United fans really took to Anderson. Back then, Sir Alex Ferguson hailed Anderson as one of brightest young stars but urged calm towards the youngster.

Always playing with a smile on his face, the wayward shooting would be met with a roll of the eyes as you knew he would eventually hit the back of the net, because of course, he was only young. That FA Cup game also saw him get the better of Fabregas once again and many United fans, including myself, thought he would go onto be a top class player.

Sadly, those two appearances were the only moments that could ever have contributed to the “shitting on Fabregas”, in the last line of a decent song. In the last two and a half seasons, Cesc Fabregas has played in 156 games, scoring 47 goals and assisting 41 goals for club and country. Anderson on the other hand has played in 54, scoring five and assisting seven.

Looking back at 2007/08, he was also impressive in the 1-0 victory at Anfield just before Christmas, again alongside Hargreaves in the absence of the legendary Paul Scholes. Had Fergie unearthed a gem that would go onto make over 100 caps for his national side and be a pivotal part of the United midfield for years to come? Sadly not. Anderson’s former squad number represents how many international appearances he has made for Brazil, the last coming in the 2008 Olympics. The fact that A Seleção hasn’t featured Anderson since the 2007/08 season speaks volumes.

That debut season was promising, but you’d find it difficult to ever find a run of games where he’d replicate such promise. Injuries have played their part, but you get the sense that the Brazilian never really exhorted himself as much as he could have done.

La Viola, or Fiorentina for you uncultured lot, have had their fair share of Brazilian players over the years. The lunatic that is Edmundo played there, so did the late elegant Socrates and World Cup winning captain Dunga. Anderson is in good company with his countrymen and I think both camps will agree that a move was the best possible outcome for both player and club.

Whether you were in the camp that acknowledged the unfulfilled talent of likeable character or a waste of space injury prone overweight footballer; one thing is certain, no one will ever forget that Moscow penalty that nearly ripped through the net, which was followed by celebration that lifted United. He might not have shitted on Fabregas, but he was probably better than Kleberson. 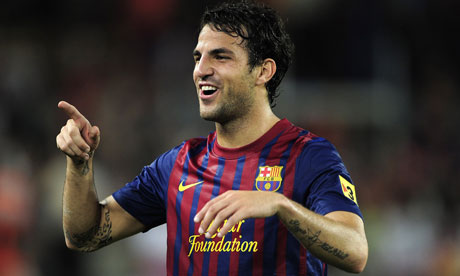