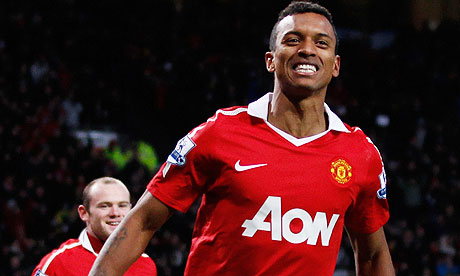 United captain Nemanja Vidic has deservedly been recognised as one of the six top performers in the league this year and has been nominated for the PFA Player of the Year award. Vidic is joined by Bale (Spurs), Adam (Blackpool), Tevez (Man City), Nasri (Arsenal) and Parker (West Ham). Incredibly, Nani, the league’s leading assister (16 assists) and leading goalscoring winger (9 goals) has been overlooked in this category despite being deemed a favourite for the award and having the backing of Rio Ferdinand.

Nani has though been nominated for the PFA Young Player of the Year award which in itself is amusing given that he’s 24. He’s joined by Hart (Man City), Bale (Spurs), Nasri (Arsenal), Wilshere (Arsenal) and Coleman (Everton). However given that two of those players feature in the main category, Nani is far from the favourite for this award too.

This blog analysed Nani’s season recently and suggested he would be a good candidate for player of the year. Personally, I am stunned by his omission, particularly given that Bale despite being excellent in Europe has been nothing more than average in the league this year. Do you think Nani has been harshly overlooked and why?