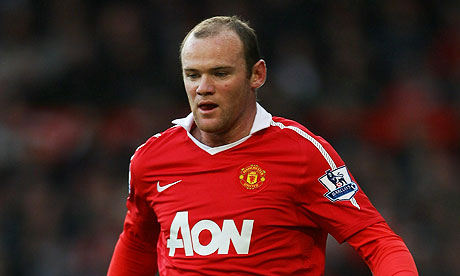 In today’s Manchester United news, Rooney and Vidic are expected to play against Tottenham, two youngsters have gone out on loan, Ryan Giggs has ruled out a return for Wales, and we have an interesting look at fan ownership.

Sir Alex Ferguson confirmed today that Wayne Rooney and Nemanja Vidic should both be available for Sunday’s Premier League clash with Tottenham Hotspur. Edwin van der Sar, who has missed the past three matches is also in contention for Sunday. This is a certainly a massive boost for the club ahead of what should be a tough away fixture.

Ritchie De Laet will join Portsmouth on loan for the remainder of the season. This will be the Belgian defender’s third loan of the season after stints with Sheffield United and Preston North End. Best of luck to him as he looks to gain first-team experience.

Some have suggested a loan might do Jonny Evans some good, but it will instead be his younger brother who departs from Old Trafford on loan. Manchester United have agreed to deal with Hull City to send Corry Evans there for the remainder of the season. BBC suggests the deal was done with a view to a permanent move, but this has not been confirmed by the club yet. Evans has amassed six international appearances for Northern Ireland, but has still struggled to break into the United first team.

New Wales boss Gary Speed had opened the door for Ryan Giggs to return from international retirement, but Giggs has confirmed that he has played his last game for Wales. There really is not a whole lot to say about this other than it is a good thing. At the age of 37, it’s impressive that Giggs is even playing at all. The rigours of international football would not do him any good in prolonging his career at Manchester United.

Football Ownership: The Dos and Don’ts – Glazer Out Blog

A fantastic blog by Andrew Simpson about the issue of ownership in football. This is a response to some rather foolish comments made by Louise Taylor of the Guardian. With ownership one of the hot topics among Manchester United fans during the Glazer regime, Andrew goes into detail with what people should expect from fan ownership. This is a fantastic, informative blog, and I cannot emphasize enough that it is a must read. Follow Andrew on Twitter @WEWANTGLAZEROUT.