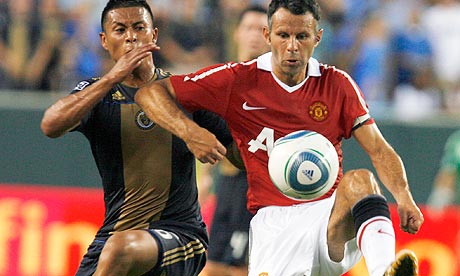 Rarely does anything infuriate me to the point of writing about it; this is one of those rare exceptions. The Houston Press “welcomed” Manchester United to their city by publishing “Manchester United: Five Reasons To Hate Them.” As if the title wasn’t bad enough, the author proved he clearly lacks any form of credentials to be a journalist by making more than a few errors. He also proved how arrogant some people can be.

His fourth reason to hate Manchester United was that they have snobby fans. What exactly does this article make him? He turns his nose up at one of the world’s biggest clubs and spends an entire article giving reasons for why you should hate them. And if he’s going to encourage people to hate United, the least he could do is get some of his facts straight.

Along with his incorrect facts, the writer also talk a stab at Old Trafford claiming it wasn’t as “luxurious” as Houston’s Reliant Stadium. Apparently the historical value of Old Trafford was completely lost upon him. Sorry that Manchester United hasn’t spent millions to build a new stadium was a corporate sponsor’s name on it. At United, the history of Old Trafford is meaningful to the club. And while it may not be new, obviously many renovations have been done over the years. I thought the stadium was incredible when I visited in 2008.

He also complained that ESPNsoccernet provides more coverage to Manchester United than the Houston Dynamo. Really?! I would’ve never guessed. It’s not like that makes sense or anything. Of course the bigger club is going to get more coverage! Is that even a question? I really want to know where this guy got his journalism degree from, because not only does he not check facts, he apparently doesn’t understand the concept of what should be considered the “newsworthy” and how certain stories are bigger than others.

In closing, I’ll leave you with the comment I left for this writer:

Who the hell gave this guy a job? As a journalism student, we are constantly told to check our facts, something the writer of this clearly had no intention of doing. Beckham was sent of the in the 1998 World Cup, not the 2002 World Cup. Also, neither Gary Neville nor Rio Ferdinand are on the tour. Both stayed in Manchester to recover from injuries. And while this may be nitpicky, Inter City Firm is the hooligan firm associated with West Ham in real life, for the movie Elijah Wood was a member of Green Street Elite.

This is no way to welcome a world class team to your city. Their presence is likely the sole reason for a record crowd, you should at least appreciate the financial benefits they’ve brought through ticket sales for the MLS All-Star game. Not to mention the local businesses that will benefit from fans traveling to Houston to see United.

I’m a dedicated Manchester United fan who was born and raised in the United States. Crap journalism like this is part of the reason we’re given a bad name. You clearly know nothing about the sport, and had no intention of doing any research. For the sake of all soccer fans in America, please never write on the sport again. You sir, are an idiot.