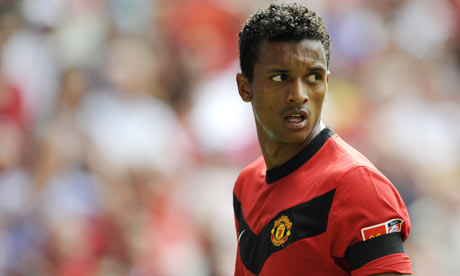 Since Steven Gerrard made his league debut in September 1998 he has failed to win a single Championship as he approaches his thirtieth year. Nani on the other hand has won two league titles since signing from Sporting Lisbon in 2007. Our Portuguese winger believes that the Liverpool captain should consider his options in the summer if he is serious about winning a League title, with Liverpool trailing in fifth, four points off Tottenham Hotspur. Gerrard was linked heavily with a move to Chelsea in 2005 and 2006 (both years the South Londoners won their two Premier League titles), however decided to stay with Liverpool.

Nani has been a figure of frustration at times at Old Trafford, with a number of performance that leave you expecting more from player with obvious talent. Having said that, his performances in the last two months have been impressive, especially when operating on the right hand side of midfield. He has only found the back of the net twice, but is in third position for the amount of assist (ten so far). Nani believes that any normal player has qualities to win titles and that Gerrard may want to consider that in the summer:

“I do not know about the intentions of Steven Gerrard this summer but it is normal that a player with his quality desires to win titles and if this doesn’t happen in Liverpool he could think about leaving.”

Having questioned Steven Gerrard’s desire to win a single league title, he also stated that he was “surprised” at the current situation Liverpool find themselves in:

“In the summer I included Liverpool in the group who would race for the title and I am surprised at their situation. Perhaps injuries to key men have damaged them. It won’t be easy for them to finish fourth. The other clubs will put up a terrific fight and the slightest change can affect the whole situation. It’s a bit like our own battle to be champions.”

Nani has been excellent since slotting back in the side in Janaury and Sir Alex Ferguson has nothing but praise for the winger, who was actually linked with an exit from the club in late December:

“He has always been a talented boy, with great pace and great feet and great endurance and terrific training. He has all the parts and what maturity does is to bring it all together. We are definitely seeing a great improvement in his form in recent weeks. He is starting to mature.”