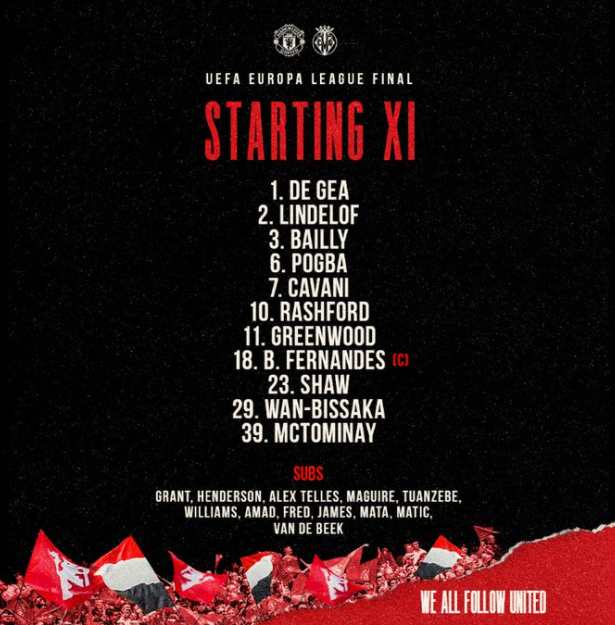 It is time for winning some trophies! Manchester United are ready for the Europa League final against Villarreal and these are the starting XI which will try to beat the Spanish side. David de Gea is in goal, Victor Lindelof and Eric Bailly patrol the central defence, with Luke Shaw and Aaron Wan-Bissaka either side of them. Scott McTominay and Paul Pogba make the midfield partnership.

Bruno Fernandos is the playmaker in the number 10 role, Marcus Rashford is on the left, Mason Greenwood on the right and Edinson Cavani is the sole striker Man United fans will be putting much faith in.