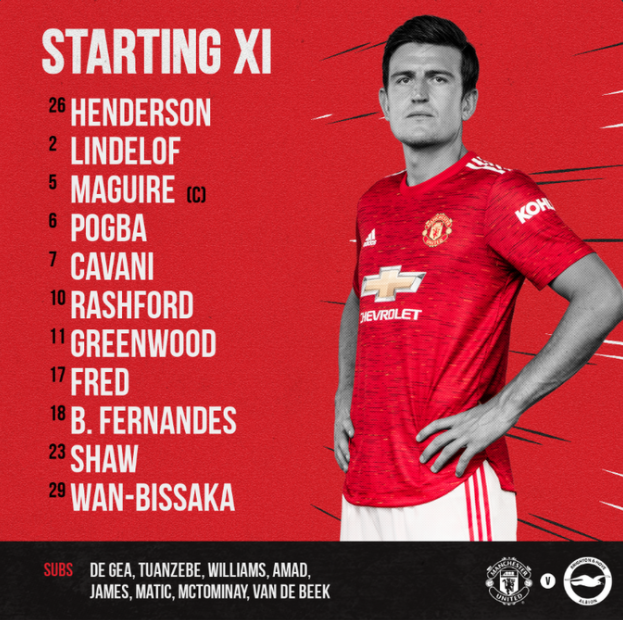 Manchester United are ready for some Premier League action, after a couple of weeks of no club football. Ole Gunnar Solskjaer has made a decision on his starting lineup for the match against Brighton and there are some interesting things to see in it. First of all, Dean Henderson starts in goal, not David de Gea. The back four is the usual one, with Luke Shaw at left-back and Victor Lindelof the partner for Harry Maguire.

In midfield, Paul Pogba starts alongside Fred, while Marcus Rashford and Mason Greenwood are on the wings. Bruno Fernandes is in his usual, favourite role, playing just behind Edinson Cavani, who is returning to the team. Interestingly, there are not a lot of options in attack for United, with Amad Diallo and Daniel James being the most attacking-minded solutions.