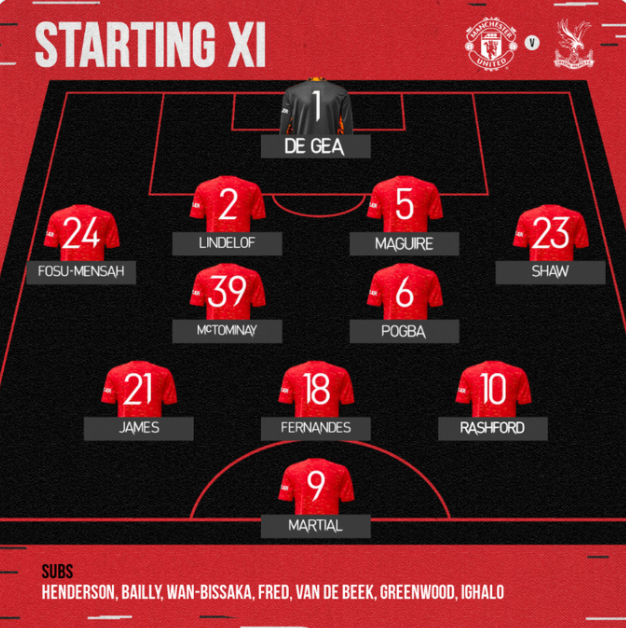 This is how Manchester United will begin their new Premier League campaign! Ole Gunnar Solskjaer has decided what his starting XI will be for the first match of the season, against Crystal Palace.

And there are some surprises, most notably at right-back. Aaron Wan-Bissaka starts this match on the bench, with Timothy Fosu-Mensah in the lineup, Scott McTominay will pair up with Paul Pogba in midfield, while Daniel James returns to the starting lineup ahead of Mason Greenwood.

New signing Donny van de Beek will be waiting for his Man United debut off the bench, whilst Nemanja Matic is not even in the matchday squad.