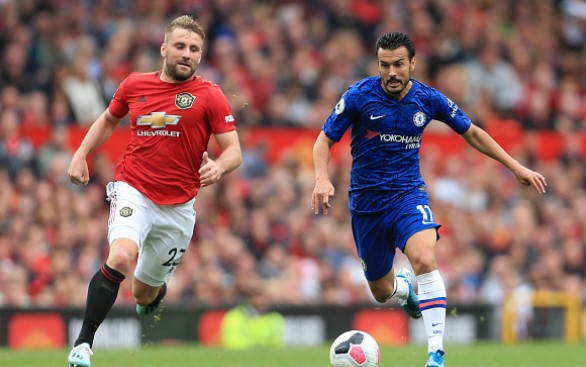 Manchester United are back in the heat of a race for the top four finish in the Premier League this season. After another victory against Chelsea, their third since the start of the campaign and a combined league winning of 6-0, Ole Gunnar Solskjaer and his players are feeling on a high after a 16-day rest. The 2-0 win at Stamford Bridge brought them closer to the famous fourth place and the Devils are now just three steps behind.

There are still 12 matches to be played and 36 points to fight for, so everything is wide open. Yesterday we wrote about the four things we leaned immediately after the match and this time we will be consulting numbers and stats to see if there are things that we might have missed.

What Are Expected Goals Teaching Us?

A look at the expected goals is showing us maybe one part of the story that we have expected and the other that we did not. In expected goals, Chelsea accumulated 0.89 and Man United stood at 0.66, but they still managed to win this one. The part about United’s numbers is probably realistic. Neither of the two goals scored were big chances and the biggest value of all United’s shots was that late one from Odion Ighalo when he could have scored the third.

But on the other hand, it did not feel like Chelsea were at such a low xG too. That could be down to having two goals disallowed, making it feel like they were much closer to scoring and also having a few chances squandered by Michy Batshuayi. Man United took the chances that came to them.

On the other hand, Chelsea did not. They were poor in the final third, especially in terms of finishing and that made a big difference. Whilst United took just nine shots and had three of them go on target (plus Bruno Fernandes’ post from a free-kick), Chelsea had 17 shots in those 90 minutes. To make things worse for them, only one went on target and that one came after 81 minutes.

When you also know that Frank Lampard’s team took staggering 11 shots from the inside of the box, that feels even worse, although it should be admitted plenty of those shots were not of high quality.

No One Talks About Williams

After the match, there were a lot of praises that Man United players got and deserverdly so. Harry Maguire was crucial, Eric Bailly was brilliant and Fred did his part in midfield. But it was interesting to see that not many lights were put in direction of the young Brandon Williams.

Man United youngster did really well as the left wing-back in a 3-4-1-2 formation, playing ahead of Luke Shaw. He made two interceptions and two clearances, added three successful tackles, but also had the necessary attacking mindedness. On that part of the pitch he contributed with three successful dribbles, bringing the ball further forward and also adding one key pass, for a Bruno Fernandes long range shot.