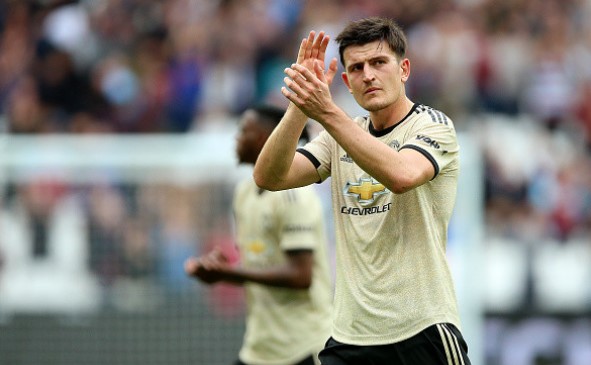 Manchester United are set to return to Premier League action on Sunday afternoon, when they visit Sheffield United at their Bramall Lane. Ole Gunnar Solskjaer’s team will be eager to beat the Blades, the team currently sitting in fifth place, despite just getting back to top-flight football.

Chris Wilder’s side has shown some very interesting things this season, most of which we have discussed yesterday, when we wrote in detail about the newly-promoted side. Manchester United will want to get closer to that pack of teams in front of them, especially now that Chelsea, one of the teams in top four, have lost to Manchester City.

Here are some things we would like to see from this upcoming match.

A Great Game For Harry Maguire

This will be a special match for Harry Maguire, as the Man United centre-back will be making a return to his first club. England international started his career at Bramall Lane’s academy, before making big strides, progressing to Hull City and then getting spotted despite the Tigers’ demise to the Championship. He signed for Leicester City, had some great time there and then starred at World Cup in Russia, before making a move to Old Trafford.

In the meantime, from his days at Sheffield United, he became world’s most expensive defender ever and it would be great for him and for United if he had a really good game against his former club. It will be a nice occasion for him, but showing his leadership and commanding the defence to a clean-sheet would be the best present possible for Maguire.

Get The Best Out Of James

Manchester United failed to get the best out of Daniel James in some of their recent games. That was most notable against Bournemouth some three weeks ago, when the Devils lost 1-0 at Dean Court. Several times throughout the match, James’ teammates failed to realise just how he could hurt Eddie Howe’s defence and couple of times they tried to make James busy, that final pass was not there to make things happen.

Now, against a really well-organized defence of three centre-backs and two wing-backs, James could hurt Sheffield, especially in quick transitions, considering Sheffield United will not want to defend the entire match at their own ground. James’ pace and skills could be really valuable in breaking down the opposition.

Whilst Sheffield United only scored twice after corner kicks this season, they showed they can be dangerous in that area. Not only are they a tall side with some really strong players, but they have made 25 shots on goal from those situations. Several times they have been unlucky and Man United should make sure they are focused in those situations on Sunday.