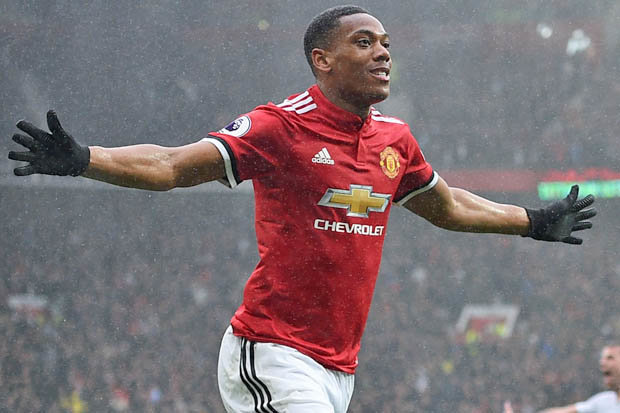 Anthony Martial scored against Wolves on Monday night, as the Devils drew, but what stood out about the goal was the fact it was his 50th in a Man United jersey. He reached the ‘half-century’ mark after four years at the club, so it is only natural to take a slight retrospective of what he has done so far and what should be expected of him in the future.

Martial played 179 times for the club since joining from Monaco and 50 goals is a decent-to-good goal tally for a youngster who mostly played wide and was still mostly inexperienced when he arrived. His first season at the club was his best one, scoring 11 goals in the league, which remains his career record. Still, it should be taken into consideration that his first season was the one with by far the most minutes played, over 2600, whilst in the following three years he was always between 1500 and 1600 minutes. That is why nine goals two years ago and 10 goals last season are not as bad as it seems. This season, Martial will play far more, provided he remains healthy.

This year should be his year. The reason is simple – he leads the line for Manchester United from the centre-forward position, with the number nine on his back. He is the man Man United will rely on. Whether it is too early for him to get such a big role at the age of 24 is something else, but Martial needs to make the most out of this situation. This year Martial will be playing centrally and therefore is expected to get into better chances. It will be a challenge to see how he does across the whole season being the main striker, as that is something completely new to him.

In years to come, Martial will definitely have enough space to grow, as Ole Gunnar Solskjaer has created a team where it is hard to see anyone taking his place the way Alexis Sanchez and Marcus Rashford did when he was left winger. How quickly could Martial reach 100 goals for United?

It should be much faster than the first 50. The first goal for him should become 20 goals in a single season. That would be a nice step up.

James Maddison has been linked with Manchester United in the past week. Of course he was, as the tabloids do not care whether the transfer window ended just two weeks ago or not. But James Maddison’s performances for Leicester – and not only this season – have shown that he is improving with every game and that not that far into the future, he could become a regular for England.

So what the Devils need to know about him? He is a very intriguing player, making nice leaps in his performances year-on-year. Two years ago he was the best creative player in the Championship and one of the best overall. Last season was his debut season in Premier League and he did not disappoint. Now, he is proving that he is ready to make another step up, with his range of qualities. A creative playmaker who is also able to cover the ground and pressurize the opponent is something that is very desirable in modern football, but signing such talents from fellow Premier League clubs is never cheap.

Maybe we should all first check what kind of season Maddison will have before jumping to conclusions.