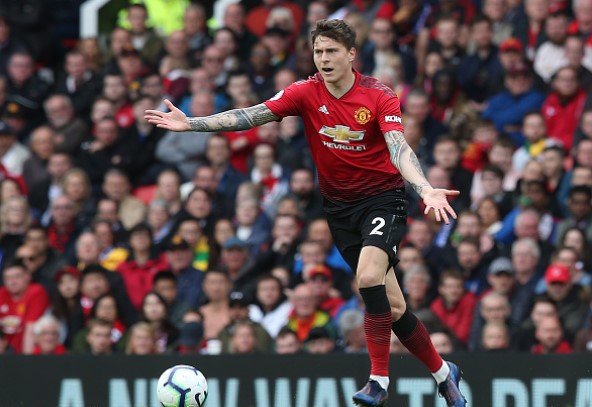 This will be the simplest of the four parts. David De Gea will be the number one and the fans will want to see his 2017-18 reincarnation, rather than the one from the last season. His performances dropped off last year, but it was no wonder that happened. He was imperious in the two or three years prior to that and at one point he had to regress to the mean and have an okay season, rather than a spectacular one. Sergio Romero will get some cup matches to play, while Lee Grant is still the third choice.

Here are the biggest changes from the last season. Manchester United have spent around 130 million pounds on two reinforcements and everyone will be looking at how they will fare. Harry Maguire is world’s most expensive defender ever and his performances will need to be at the highest possible level if he is to make a huge impact on the back line. Aaron Wan-Bissaka has showed in pre-season that his defensive qualities are really good and with United set to play a high pressing game, he will get the chance to improve his attacking play.

Victor Lindelöf is expected to play alongside Harry Maguire as the right centre-back, while Luke Shaw will once again be the left-back. Man United now have a decent back four, but are one injury away from having a lot of issues, especially at left-back and centre-back positions.

This is where things are getting tricky. Manchester United could be very light on options this season in one of the key areas necessary for making team nicely balanced. Marouane Fellaini had left the club in February and Ander Herrera left as a free agent after the season ended – and none of them were replaced. Ed Woodward did not bring in any reinforcements in this area of the pitch and now Man United have Nemanja Matic, Scott McTominay, Paul Pogba, Fred and Andreas Pereira as options in central midfield.

That is not only low on numbers, but also on quality. Fred had a poor first season, Pereira still has not shown he is at the right club and Matic had his worst season in England. McTominay is far from a finished player who will make impact over the course of a season and we all know Pogba’s story. This part of the pitch could suffer even more due to injuries or rough schedule. A double pivot will be expected in a 4-2-3-1 formation, to offer more solidity.

Romelu Lukaku finally left to join Inter Milan and now Anthony Martial will be the main striker for Man United. He never scored 11 goals across the season and whilst he will be expected to make a step up, there are still no signs of him becoming a player scoring 20 goals a season. Marcus Rashford and Daniel James will be expected to take up on wings, with Juan Mata also lurking for the right wing position. Jesse Lingard could have a big role in a high energy system in the number 10 position, but once again, United should have done better in the market.

Not preparing for Lukaku’s departure is a big missed opportunity, but players like Mason Greenwood could make the most out of that.

There is no much evidence that Man United are overall better team than last season, but the defence should be. And a solid defence could be a good foundation for the future.