Manchester United’s UEFA Champions League dreams are officially over. Following a disappointing 1-1 draw against an already-relegated Huddersfield side, The Red Devils saw their slim chances to move into the Top 4 die for good. On the flip side, though, they confirmed their place in the UEFA Europa League group stage for the 2019/20 campaign.

Needless to say, that’s not the result Manchester United fans were looking for. Once a rising side following the arrival of Ole Gunnar Solskjaer, the Old Trafford side ended the campaign in a negative run of form. But that was nothing more than the reflection of the side’s problems during the entire campaign.

The obvious question now is – where do Manchester United go from here? With one game left on the schedule and nothing to play for, The Red Devils can’t waste any more time. They need to start planning the 2019/20 season NOW. And here a couple of things that might happen soon for the Old Trafford squad.

Solskjaer has said it time and time again. He wants to make several changes to the squad, and the summer will be time to make them. There have been lots of rumours regarding the potential arrivals, but there has also been news regarding the players who might leave the club.

Alexis Sanchez, Romelu Lukaku, Fred, Phil Jones, Antonio Valencia have been “transfer listed” by media. Paul Pogba, David de Gea and even Marcus Rashford have been linked with potential exits. Solskjaer said this past week he will have “the final saying” regarding both departures and arrivals, but one thing is certain. Manchester United might look quite different once the 2019/20 season begins.

Just like it happens with departures, there have also been lots of rumours regarding new players that might arrive at Old Trafford next season. The best piece of advice we can give fans is to temper expectations regarding potential additions to the squad.

Failing to reach the Champions League group stage reduces the club’s appeal drastically. Therefore, fans can forget about signing the likes of Bruno Fernandes, Kalidou Koulibaly, Youri Tielemans and Paulo Dybala, just to name a few. Things will change drastically and it’s all because the team couldn’t secure a Top 4 finish.

This is probably the biggest doubt concerning the first-team squad. Pogba wanted to leave the club if Jose Mourinho continued but things calmed down once Solskjaer became the club’s manager. But during the final weeks of the current season, the rumours re-surfaced. This time, Pogba was “decided” to leave. And Real Madrid’s reported interest didn’t exactly calm things down.

The lack of Champions League football could make Pogba leave the club for a second time in his career. Los Merengues want him, but Juventus are also interested in his return. Ultimately, don’t be surprised if we have a new player using the N° 6 jersey at Old Trafford next season. 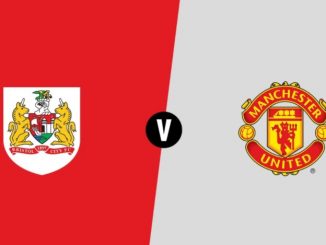