Manchester United’s season has already ended. However, there are lots of rumors regarding the side when it comes to potential transfers. Here are the most popular ones over the past few hours.

Alexis Sanchez to make an early return to pre-season?

Let’s start with Alexis Sanchez. The Chilean winger had a disappointing year at Old Trafford this summer, and he’s been reportedly linked with a move to either Juventus or Inter Milan. Alexis wants to leave as soon as possible, and he’ll apparently won’t play in the Copa America since he wants to get “on his best shape”. And that would involve making an early return to pre-season.

According to reports on the Chilean press, Alexis wants to return to Old Trafford towards the end of June. That would collide with the Copa America in Brazil later this year, so it seems the Chilean won’t be representing La Roja in the international tournament. This would be a drastic decision to focus on his next move at club level.

Spanish due to leave this summer?

Juan Mata is another player worth mentioning. The Spaniard can remain at Old Trafford for one more year if he signs a contract extension with the club before June 30. However, that hasn’t happened yet. And if we consider Mata has offers from Spain, Italy and England, it wouldn’t be a shocker to see him play elsewhere once the 2019/20 season starts.

Another potential Spanish departure could be David De Gea. Manchester United are reportedly not willing to meet De Gea’s demands of a £400,000-a-week wage demands. In other words, that could force United to sell him this summer. Considering the former Atletico Madrid star will be a free agent next summer, United could lose him for nothing if they don’t part ways with him this summer. PSG are already lurking to make a potential move for the Spain international.

Last but not least, we have another chapter on the Paul Pogba saga. And all signs are pointing towards the Frenchman leaving the club once the transfer window begins this summer.

Manager Ole Gunnar Solskjaer already knows Pogba won’t remain with the team ahead of the next season, but United won’t make things easy on his departure to Real Madrid. Pogba must hand a formal transfer request to leave the side. And with Real Madrid manager Zinedine Zidane giving Pogba an ultimatum – either he joins Los Merengues this year, or he can forget about the idea completely – we could have news about this topic sooner than later. 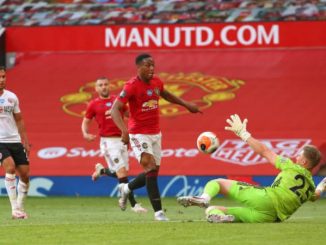