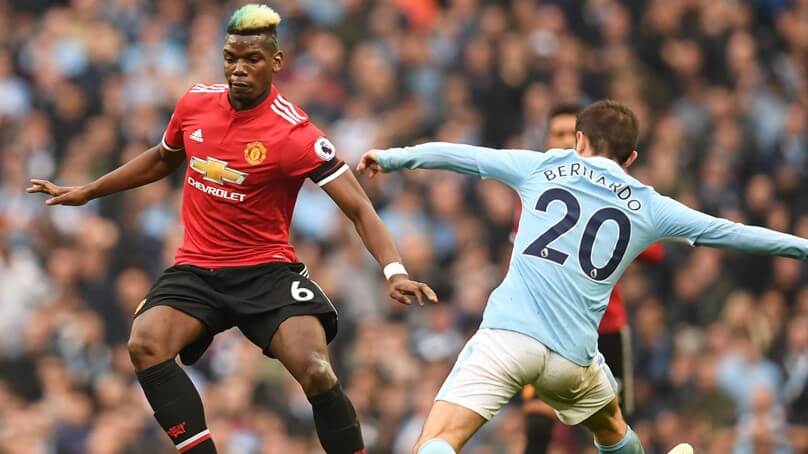 Manchester United are getting further away from the Champions League football. The Manchester Derby was lost once again and after a 3-1 defeat at the Etihad last year, this time it was 2-0 for the reigning champions of England. Manchester City did well to score twice in the second half, through Bernardo Silva and Leroy Sane. Pep Guardiola’s team needed just 12 minutes to put two goals past David De Gea and move themselves back on top of the league with three rounds to be played.

Manchester United have lost again, for the seventh time in their last nine matches in all competitions. With a run so poor the Devils have last time seen it in 1962, it is hard to compete for a place in Champions League. Man United are three points behind Chelsea, who sit in fourth, with a match against them yet to be played. Arsenal lost on the night against Wolves and that definitely helped United, but when Solskjaer’s team has not scored a goal from open play for more than eight hours of football, it is hard to see a way forward.

This team does not create chances, plays meekly in midfield and chaotically in defence and no wonder the fans are unsatisfied. The lack of character of being a Manchester United player is stark and there is a lot of work for this club during summer.

Man City Not Even At Their Best

To make things worse for United – Man City were far from their best. As Roy Keane pointed out after the match, the visitors did not even look like they have broken a sweat and that they could play another match tomorrow night. And Keane was spot on. City never really needed to put a shift in, playing in second gear and that was enough for them to get a comfortable victory in the end. They controlled the match, scored the goals at the perfect time and that was the end of it.

This match was, in the end, exactly what City needed – a win to get them closer to retaining the Premier League crown, but to do it without spending too much energy. With three more games left and FA Cup final to play, this was a perfect night for them.

David De Gea’s poor form continues. He conceded twice on the night and the second goal was definitely his mistake. A shot from outside of the box came at the near post and he failed to react better and save it. He missed the ball with his leg and it went in. It is true that United’s defence was shambolic prior to the shot – at one point the four defenders lined up vertically – but De Gea still had to do much better. After his poor reaction to Lionel Messi’s second goal in Champions League last week, there are worries about the player that is expected to sign a new contract.