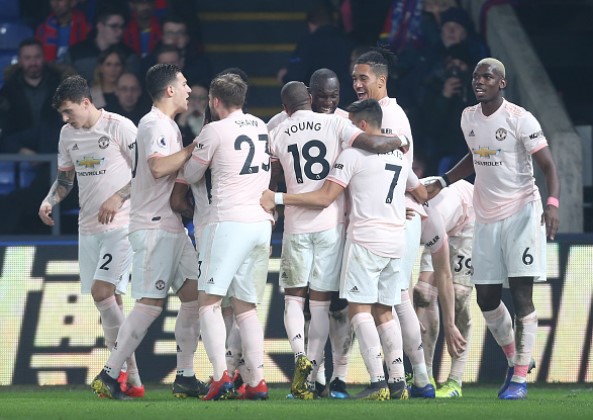 Manchester United are out of the Champions League. While Tottenham and Liverpool fans are ecstatic about reaching the semifinals, the Devils need to take a look back and properly rate the campaign behind them. Here are the things we learned about this team in previous 10 matches.

Man United Have Plenty Of Work To Do

If there is one thing we all learned from this Champions League campaign it is that Manchester United are still far behind the best teams in Europe. Due to the nature of the competition, this quarterfinal exit is a really good result, but it still does not feel like Man United are true part of the best eight clubs on the continent. Real Madrid played amazing Ajax team, Atletico lost in round of 16 to Juventus and Bayern Munich had the “pleasure” of meeting Liverpool.

The matches against Barcelona further highlighted that claim, as the Devils never looked like a team able to finish on top after 180 minutes.

Luck played big part in this Champions League campaign – and that is okay. That is what this competition allows you and many other clubs have been lucky – just remember Spurs having one point after three rounds of group stages and still getting to a semifinal.

But United seemed to be lucky all too often – a bit against Young Boys at home, a lot against Juventus away and even more against PSG in Paris. In the two latter performances, United got to necessary results after enduring long spells where it felt the other team had to have a bigger lead. In the end, perseverance and power of will were enough, but next season United will need more of pure quality.

Paris Display The Best By Far

And then, looking at all 10 Champions League performances, the one in Paris has to be the best one of them all, especially considering circumstances. Playing without Paul Pogba away from home, trying to get back from a 2-0 loss at Old Trafford. But then again, there is not much else to choose from. Home match against Young Boys was pathetic, emphatic away win expected and a 0-0 at home against Valencia was utterly dull. Home loss to Juventus could have been bigger than 1-0 and in Turin the hosts had plenty of chances to kill the game before United’s late comeback.

The matches against Barcelona obviously are not in the competition and then it has to be Paris. That night was a magical one and United fans should remember it for a long time, but all things considered, it is obvious Man United did not have many good nights in Europe this season. A quarterfinal in such circumstances is amazing accomplishment.

Lukaku Appears Once, But Makes His Mark

Romelu Lukaku properly appeared once in Champions League this season, but it was when the team needed him the most. The Belgian scored a brace against PSG in Paris, keeping the team alive, before the late goal to seal the quarterfinal spot. But before that, he was largely non-existent. In 546 minutes of Champions League football, Lukaku had 10 shots in total, just four of them going on target. Half of those ended up as goals, though he did register a solitary assist, in a 1-0 win against Young Boys.