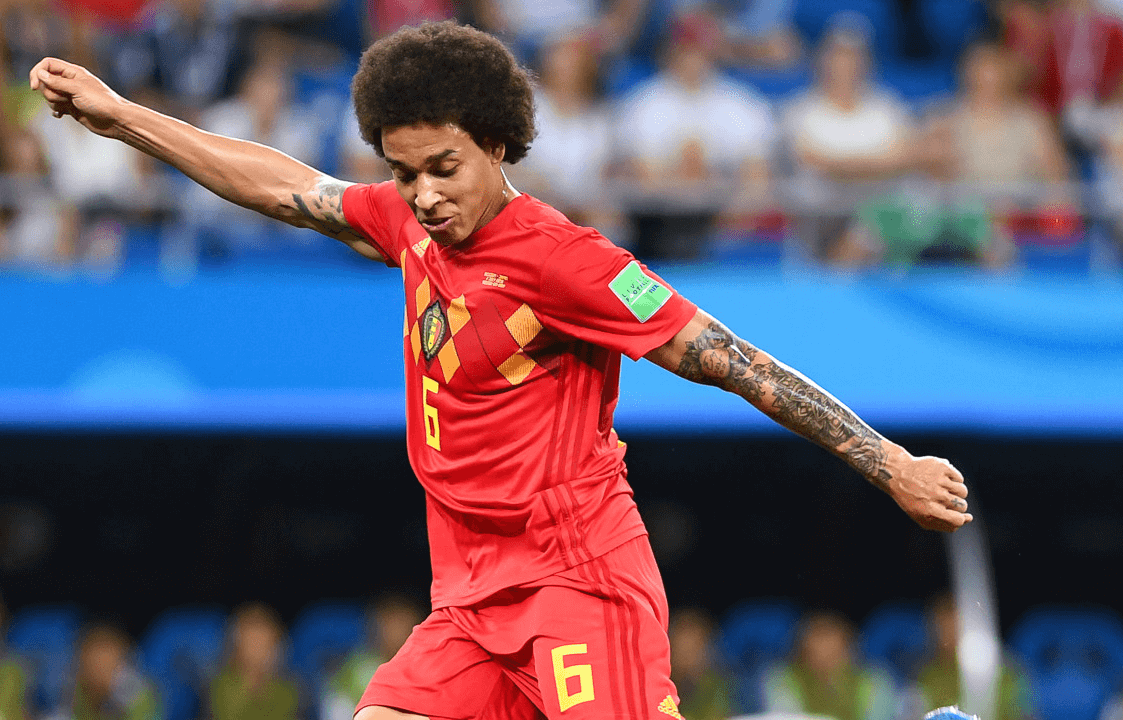 The international break is finally over and players are now slowly returning to Carrington. Premier League will be the main focus once again, as Manchester United will host Crystal Palace this Saturday.

However, while we are still talking about the international break, it is important to talk about Jose Mourinho’s recent activities. He was watching Belgium in their 5-2 loss against Switzerland in UEFA Nations League. Reportedly, the manager was monitoring two players – Tottenham Hotspur’s Toby Alderweireld and Borussia Dortmund’s Axel Witsel.

So, what could that mean for Manchester United? Should the club go for the two Belgian players and what would they bring to this team?

The more eye-catching option here would be Axel Witsel, mostly because before he was not linked with the Devils. Witsel previously played in China, in their Super League, but this summer many were shocked when Borussia Dortmund decided to return him to Europe and sign him.

In the end, he proved to be one of the best signings in Europe this summer, as Witsel was revitalized after an easier spell in China. He looked regenerated, fresh and eager to prove himself to the footballing world once more. Witsel did incredibly well in Dortmund’s great start to the season, playing one of the crucial roles at the sole of the midfield.

Witsel scored two goals and had an assist since joining the German giant, but that is not the business he is concentrated on doing. His intercepting and ball retention are both great, and he is able to conduct team’s attacks from deep. That is something Man United would definitely need, but then again, there many other problems in this potential deal.

Witsel will turn 30 in January 2019, which is not great, and more importantly, he has just joined Dortmund. Borussia are not going to let him go after a great six-month spell, no matter the size of the offer from United. Even for the next summer, it is tough to see how much money United would have to pay, but by then it is hard to see why the Devils would do such thing. Overpaying on a 30-year old midfielder is not something club needs right now.

There was a lot of talk in the past year about Toby Alderweireld and his potential arrival at Old Trafford. The stories peaked last summer, when at some points it looked like the centre-back would actually move from London to Manchester.

However, it did not work out in the end, Ed Woodward felt he should not commit to Jose Mourinho’s ideas and players in latter stages of their careers. But, there are also reports now that the manager will get more freedom in the market and more money at his disposal, so chasing Alderweireld once more is a possibility.

The Belgian will be 30 in March and so far this season he has been good, but not as stellar as couple of years ago. So, would this be another player going slowly down, rather than being on the rise that Man United would be getting? Quite possibly.

Alderweireld would certainly improve United in the short term, but the problem is not short term. In short term, United cannot really be a contender for the Premier League title. Long-term planning is something the club should concentrated on right now.

1 Comment on Jose Mourinho Watched Toby Alderweireld And Axel Witsel – Should Manchester United Go For Them?