While there will be no Man United action, and some of the players are currently in Manchester training without the rest of the squad, the internationals will be all around the globe. Here are the top five friendly matches featuring Manchester United players that everyone should follow. Some big clashes are ahead!

Let’s start off with something a bit easier. Sergio Romero will be in goal for Argentina as the 2014 World Cup runners-up are taking on Italy. The Azzuri have not made it to the finals tournament which was a great surprise, but Luigi Di Biagio is the caretaker manager until further notice.

So, two Man United players will be going head to head as Matteo Darmian is in Italy’s squad. However, it will be unexpected if he is to start the match. The Italian has not been in Jose Mourinho’s plans for a while now and will probably leave the club in the summer.

This one is interesting not only because of a Man United player being part of it, but also because it will be played in London. All those Man United fans from London will have the opportunity to see Nemanja Matic in action, as he will lead Serbia against Nigeria at Barnet’s The Hive Stadium.

The Super Eagles (of Africa) will be facing The Eagles, as Serbia are nicknamed. The news from Belgrade this week are that Branislav Ivanovic is no longer the captain, as Aleksandar Kolarov will take the armband from now on, while Nemanja Matic will be his deputy.

Another Italy match, yet this time it is against England. The Three Lions will be hosting the 2006 world champions in their preparations for the tournament in Russia. Ashley Young, Jesse Lingard and Marcus Rashford are part of Gareth Southgate’s squad and it will be interesting to see how will he use them.

Lingard had a very good part of the season following the last international the break and hopefully he will get a chance to prove himself in the England shirt.

So, this was unexpected. Sweden are going to World Cup – as they were heavy underdogs against Italy – while the champions of the last two Copa Americas, Chile, are not going. Victor Lindelof will be playing against Alexis Sanchez in this match and that could be an interesting match-up.

And the best for the end. The reigning world champions against their predecessors! Germany will play Spain and David De Gea will be in goal for Julien Lopetegui’s side. These two sides are playing some of the best football we have seen in the past decade and that will be a great clash to see. 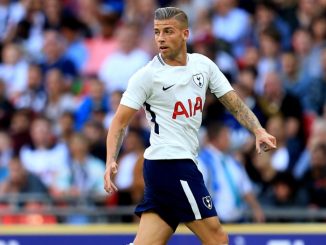