Manchester United are in an awkward situation ever since Sir Alex Ferguson left the club. Logically, everything that has been done post-2013 has been compared to those good old times when Manchester United were Premier League winners. This season has been a rocky one so far. It is Jose Mourinho’s second season at the club and for the first time in his career, he will not win the league title in his second season at a club.

Putting things into perspective, that is not that much of a surprise. Before the season started, there was a feel of positivity that Manchester United will be fighting for the 21st league title, but soon afterwards it appeared to be unrealistic. Simply, a Manchester City side arrived playing by far the best football of all English teams, putting performances that many think are good enough for them to attack the Champions League trophy.

Now that we know that, there is no great sadness that United will have to wait for at least another year. No team was anywhere near the Cityzens and everyone accepts that. Yet, when people talk about this Mourinho’s side, everyone is rightly so comparing it with the one from the previous season.

Manchester United finished sixth in the league with more matches they have not won than the ones they did. When you think about it, there has been some big, evident progress. Manchester United already have more goals scored and more matches won they did at the end of last season and they are on course to finish second, as the best team of the rest of the league. In this circumstances, that is not too bad.

However, is that good enough? When we talk about putting things into perspective, then we have to always put it in perspective. We cannot, therefore, only talk about the Premier League. We have to talk about other competitions as well.

Is This Progress Good Enough?

Manchester United lost in League Cup quarter final to Bristol City. It was a poor result in a season when the Devils were holders. Yet, this is not something that anyone should get too worried. In FA Cup, Man United are about to play Brighton and Hove Albion and should they win, they will reach the semifinal and play at Wembley once again. If they win the trophy in the end, it will salvage the season at least a little bit.

After winning Europa League, Manchester United came back to Champions League and they had a very good chance of making a good result. Defining a good result would be a bit tough, as everyone has different expectations, but quarterfinals would have been a good start.

After drawing CSKA, Basel and Benfica in group stages, United were once again part of a good draw, as they drew Sevilla. This was by no means peak Sevilla, by no means the team of the last season that even lost at the hands of Leicester and far from the side that won the Europa League against Liverpool.

Will the second place in the league, a win in the FA Cup and a loss in round of 16 in Champions League be good enough? It would be a progress, especially in the league. Yet, Manchester United have fallen far behind since Ferguson retired and they do not need slow progress. Things need to get better and faster. This is, after all, one of the biggest clubs in the world. 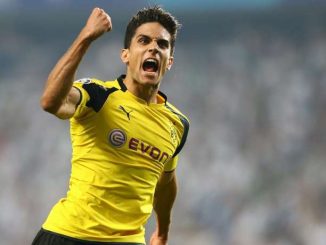