Manchester United are coming off a decent win over Huddersfield in the English Premier League this past Saturday. But even though the team’s focus lies on the EPL, the FA Cup and the UEFA Champions League, it is not a secret that the team constantly keeps an eye on the transfer market as well. United are constantly scouting players all over Europe perhaps looking to find the “next big thing”.

Apparently, The Red Devils are on the driver seat to sign one of the top talents in the Dutch Eredivisie. According to a report from the Mirror, United are in advanced talks to sign Ajax starlet Justin Kluivert, who has quickly rose into the youth ranks until reaching wonderkid status. Several experts believe Kluivert has enough potential to be one of the top forwards in the world, and The Red Devils want to make a move for him before he a) becomes too expensive and b) another team snaps him up.

If Kluivert’s name sounds familiar, that’s because we are talking about the son of former Ajax, Barcelona and Netherlands’ legend Patrick Kluivert. There are more than a few differences between the two, though. If you recall, Patrick used to play through the middle, while Justin operates on a wider role. He has played on both flanks, but profiles much better on the right wing.

If you have not seen him yet, don’t worry. Here is some great footage from him, thanks to ScoutNation HD:

There are not many details regarding the negotiation between both clubs, but it is believed that United could agree a deal worth an initial £10 million. The transfer fee would certainly increase after several add-ons, but there is no question he would be a great addition to the side. He might need a year loaned out elsewhere, but the talent is there. And United must act quickly if they want to capture the services of one of the hottest prospects in Europe at the moment.

The Netherlands U21 international has five goals this season. 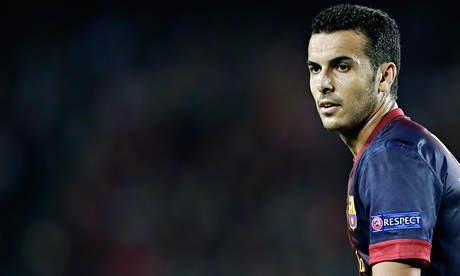