Manchester United are preparing for the Saturday match against Burnley amidst the whirlpool of transfer speculation and guesses. Henrikh Mkhitaryan could easily become new Arsenal player in the coming days, while Alexis Sanchez could become United’s latest “number 7”. However, there are more things we can learn about the top Premier League sides from this January transfer window.

Manchester United Are Not Messing Around

The Red Devils are pushing hard to get Alexis Sanchez and consequently get rid of a player that Jose Mourinho would not be using too much in the second part of the season. The whole started when Manchester City looked like the number one favourites to get Sanchez to Etihad. Yet, United entered the race with great resolve and hurry, trying to get Sanchez on different side of Manchester.

Not long afterwards, Manchester City pulled out of the race. It was reported they did not want to spend as much money as Man United, for which they have been mocked on social media. However, it is not illogical for them to pull out, with the Premier League practically being won a month ago. They do not need to risk it in the market right now.

Yet, that also means Manchester United are ready to do their best in order to catch Man City. That might not be this Premier League campaign, but United cannot let their city rivals get further away from them in terms of squad quality. And if that means getting a world class player which was predestined to go to exactly Man City, than all the much better. United are showing they do not want to mess around in the market and are reacting fast. That is what big clubs do.

First of all, it is not something drastic, that has to be said. But Man City pursued two players which ended up (will end up) at their rival clubs. City did their best to get Virgil van Dijk, but the Dutchman ended up at Liverpool. That was not a surprise. Liverpool were always the favourites to get him, as Van Dijk himself said he is Liverpool fan. But it is telling that Man City could not tempt him to join a club which will be Premier League champions once we get to May. It also should be said Southampton’s high asking price played its part in this.

Now the case is similar with Sanchez. City will not pay as much as United are eager to pay. Even if Sanchez somehow does not end up at Old Trafford, it will not be because Man City came and paid more than anyone else wanted. That is another small win for City’s rivals.

Tottenham Hotspur still have not done much this window, but that is not surprising. Daniel Levy likes to wait final days of the transfer market and two Brazilians are being mentioned these days – Malcom from Bordeaux and Lucas Moura from PSG.

Arsenal are, on the other hand, preparing for life after Arsene Wenger. The club might not sack him in the summer, but chasing Mkhitaryan and Pierre-Emerick Aubameyang sounds more like Sven Mislintat, the new chief scout, rather than Wenger himself.

And Chelsea are here. They brought in Ross Barkley and have enquired about Andy Carroll. You would not expect that of still reigning champions. However, now Edin Dzeko is the main target and Roma’s main goalscorer could be good short-term solution. 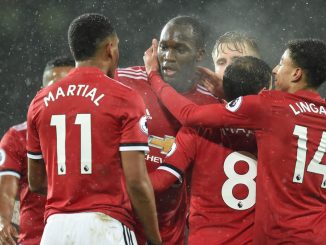