Manchester United have several players loaned out in different teams all over Europe.

Timothy Fosu-Mensah is currently playing at Crystal Palace, James Wilson is at Sheffield United, and both Axel Tuanzebe and Sam Johnstone are at Aston Villa. Most of them have had decent degree of success, but there is one loanee who is not receiving enough minutes. Or to put it into context – he is not playing what – or where – Manchester United expected. We are talking about Andreas Pereira.

The Brazilian playmaker joined Los Che during the summer transfer window and while he got off to a decent start, he has disappeared off the lineup in recent weeks. In fact, the talented 20-year-old has been playing on a wider role, where he is not as effective. He fits much better on a central stance.

It could be due to attitude reasons or maybe just because another teammate is playing better. Or maybe it’s because Marcelino believes he can be more effective off the bench. In any case, the 22-year-old has started just two of his last five appearances across all competitions. The overall numbers are not very impressive, either. He registers 20 appearances (13 starts) across all competitions with one goal and three assists. He hasn’t scored in his last 14 appearances, and has 11 straight without an assist, too.

In fact, per WhoScored.com, Pereira has moved on both flanks. He has five starts as a right winger, five on the opposite flanks, and seven matches coming off the bench in LaLiga.

The question here is the following: should Manchester United be concerned with Pereira’s situation? Jose Mourinho wanted to bring him back, but he wasn’t lucky. In the end, the club decided that Pereira’s future would be determined afterwards. His contract with Manchester United runs out in June 2019, so there is still a bit of time left to decide on his long-term future. But right now, the smart move is for him to remain at Valencia.

Let’s be honest. Players like Anthony Martial, Juan Mata and others might struggle to get playing with the arrival of Alexis Sanchez. Pereira would have been confined to a secondary role, and he would have only played Cup matches and second-tier contests. Meanwhile, in Valencia he is playing on a semi-regular basis and has been able to showcase his talent. His skill and ability are there, by the way. He just needs to keep playing, because everyone at Old Trafford is watching.

He will get his chance eventually. So no, there should not be any reasons to be concerned regarding his current form. Pereira just needs to get through it, and this experience will be good for his growth. He still has an enormous ceiling, but he just needs to battle adversity first. 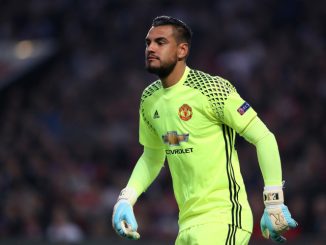 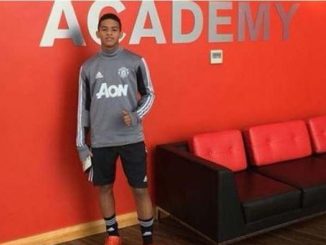