Jose Mourinho spent most of the summer looking for a winger. Even though he struck out in the pursuit of both Gareth Bale and Ivan Perisic, he hasn’t given up. And now has centered his attention to another Serie A target. We are talking about Napoli’s star Dries Mertens.

Every football fan should know his name by now. A former PSV player who seemed destined to be slightly above average, Mertens started playing as a centre forward over the past two years and the results have been amazing. He is a prolific scorer and there is no question he would improve Manchester United’s attacking line. But considering Mourinho wants a true winger and not another scorer – although you never have enough of those! – it is worth asking ourselves one question. Is Mertens worth the risk, and the inflated price that will come with him?

Let’s start with the positive aspects of Mertens’ potential arrival to Old Trafford.

No one can deny Mertens’ goalscoring ability. The former-winger-converted-to-striker has emerged as one of the best strikers in all of Europe over the past 12 months. And to be fair, the numbers back him up. The Belgium international is coming off an impressive season in which he ranked as the second top scorer in the Serie A with 28 goals. And he already has seven goals and three assists in eight appearances across all competitions in the current term.

Has A Great Partnership With Romelu Lukaku

Mertens is one of the top players in the Belgium national team. Which means he gets to play with Romelu Lukaku and Marouane Fellaini on a regular basis. Lukaku and Mertens both tend to start in Roberto Martinez’ ideal XI, so they know each other quite well. That could be quite a boost for the team, since it would add even more cohesion to an attacking line that is clicking in all cylinders at the moment.

However, there are some negative aspects regarding his potential arrival as well.

The team is already stacked at the position

If there is one thing that Manchester United have upfront is depth. Think about it. Lukaku and Zlatan Ibrahimovic can operate as strikers. Marcus Rashford, Juan Mata, Anthony Martial, Jesse Lingard, and Henrikh Mkhitaryan can play on the wings. And both Mkhitaryan and Pogba can operate as central attacking midfielders. Considering that abundance of options – plus others such as Antonio Valencia or even Ashley Young – there just might not be a place for Mertens on the team.

Where would he fit on the starting lineup?

If United were to sign Mertens, they wouldn’t do it just to “add depth” to the squad. He would likely grab a starting role almost immediately. And if we consider that scenario, it is worth analysing where would he fit in Mourinho’s tactical system. He does not profile as a winger anymore, and would have to battle with both Lukaku and Ibrahimovic for a starting role as a striker.

To put things even more complicated, Napoli will likely command a hefty transfer fee for him. Is he really worth around €80M or €90M (if not more) considering he might not even start on a full-time basis?

It is quite tough to make a decision in cases like this. Mertens is an incredible player and he would really boost the team’s attacking line. But at the same time, he would be extremely expensive, and there are legit concerns about his role in the team in the immediate future.

So while having Mertens would be a luxury, ultimately United should pass on him. Those resources can be used better to improve the squad on other positions where the help is more immediate. 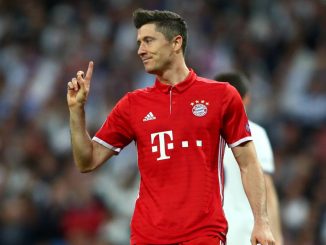