Andreas Pereira’s time at Manchester United could end quite soon. At least for the upcoming season.

Based on recent reports, the talented midfielder could leave Old Trafford on another season-long deal. And it wouldn’t be the first time he leaves the club. The Brazilian playmaker spent last year loaned at Granada, and there has been talks regarding him leaving the side again to gain first-team minutes elsewhere.

Don’t tell that to the player, though. Pereira is reportedly keen to stay at Old Trafford this year. Even if he is not going to play as much as he did last year in Spain. The first few games of the season have already shown what his future might be. Despite his talent, Pereira has not been included in any of the three competitive games this season. He watched the games against Real Madrid, West Ham, and Swansea from the stands. In fact, he did not even travel to Wales for the fixture against the Swans.

There are positives for him, though. Pereira was included in the U.S. preseason tour, and Jose Mourinho wants to keep him in the squad. But in case Pereira decides to leave, then Mou would prefer to keep him in England so he can adjust to the Premier League style.

Considering his impressive campaign at Granada last season, having another year of first-team football would benefit Pereira’s development. And Valencia have been reportedly interested in his services. Moving to Spain again could be great for his future. But if he does not want to leave England, then it doesn’t make sense to let him go. And we all know playing in Spain is far different than playing in England.

Pereira has a year left on his contract with United, holding an option to extend the deal for an additional 12 months. He has made 13 first-team appearances since arriving from PSV Eindhoven in 2011, scoring once. He still has time left on his side to make an impact for United, but the clock keeps ticking. And considering he might not have lots of chances given the depth of the squad, perhaps the best scenario for him is to make that kind of impact elsewhere.

Everybody knows he is talented. But he needs to show it on a consistent basis before the coaching staff can trust him. And spending an entire year on the sidelines does not sound like the ideal plan for him.

So perhaps leaving United IS the right thing to do. But he needs to go to a place where both the player and United feel comfortable. After all, the whole idea is to making him a better player and help his development. 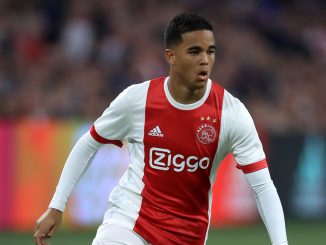