Manchester United have always been considered one of the top teams in the world when it comes to placing youth players into the first-team squad. That trend might stop a bit with Jose Mourinho in charge, but make no mistake. United continue to produce young, quality players on a yearly basis.

This time, we will focus on four Academy players worth keeping an eye on this season. Some might not play in the first team, and some will rotate into the side. But these four players should eventually progress and ask for a place in the senior squad towards the end of the upcoming season.

Angel Gomes might not be a household name for the casual football. But every Manchester United supporter should have at least an idea of who he is. Gomes gained notoriety worldwide when he played in the final Premier League fixture last season, as he became the first player born after 2000 to debut in England’s top flight. And even though he is clearly not ready to gain a prominent role in the senior side, we should see him alternate sooner than later.

The 16-year-old Gomes already represented the country at the U17 level. He features as an attacking midfielder, and won the Youth Team Player of the Year Award this past season. He is one of those players you usually find once or twice every 10 years. As Manchester United’s official website wrote in his biography, “Gomes is comfortable and assured in possession and has a wide passing range, while also providing a goal threat from a no.10 role.”

That description sounds like a player who could become a fan favourite quickly at Old Trafford. And even though he’s only 16 years old, expect him to feature on the senior side sooner than later.

Axel Tuanzebe’s case is quite interesting. The 19-year-old defender is from Congo, but quickly became an English citizen, and has represented The Three Lions at both the Under 19 and Under 20 levels. He came through the club’s youth ranks as a central defender, but has seen time at both right back and defensive midfielder in his short stints at the senior level. His future role remains unclear at the moment, but everybody knows he will be a first-team regular name quite soon.

Tuanzebe has several characteristics that evidence he has the United DNA. He is a natural-born leader, and was the skipper at both the Academy and Reserves level. As if that was not enough, Tuanzebe can play on several positions, and is mature beyond his years. His contract ends in 2020, but there is an option to extend the deal for an additional year. Quite frankly, it would be shocking if he is not a first-team regular by that time. Whether as a centre-back or as a defensive midfielder, he’s loaded with potential. And only needs more experience to grow into the player everyone expects him to become.

Just like Tuanzebe above, the main problem with Mitchell is that no one knows which role he will fulfill in the future. When he was playing for the youth sides he used to be a winger. However, over the past few years he has been playing as a full back. And even though he can fulfill both roles, he needs to decide which position he wants to adopt for the beginning of his senior career.

Mitchell already has a senior squad number, so that bodes well for his chances of playing at Old Trafford sooner than later. He is a bit raw and needs to further develop his skills, but the potential is there. And while we might not see him with the senior squad this year, his progress through the youth ranks is worth watching.

Out of the four players we have mentioned, Fosu-Mensah is the one who has the most appearances in the senior side. Another heralded prospect that sneaked his way into the squad, Fosu-Mensah has emerged as one of the most exciting defensive prospects in recent years. Much like Mitchell and Tuanzebe, Fosu-Mensah needs to define his best role and stick to it. But that same versatility – can play as a fullback, centre back, or central midfielder – might be his calling card in the near future.

The Dutch player already has 21 senior appearances for The Red Devils over the past two seasons. He has represented the Netherlands at every youth level, and it seems it will be a matter of time before he makes his way into the senior team. He is already a member of the first team and Mourinho trusts him. It seems everything is on his side to become a key part of the squad for years to come. 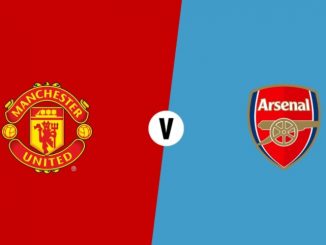 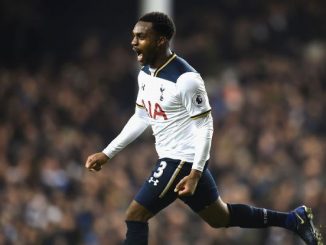