The big Swede scored the winning goal with just two minutes left on the clock after Paul Pogba opened the scoring in the first half and James McArthur equalized for the hosts. United left it late, but were by far the dominant side at Selhurst Park.

Chances were few and far between in the opening half, though Wayne Rooney, one of four changes on the day, got the first big one as Pogba scuffed a ball over the top. The Englishman, still chasing the record-equalling 249th Manchester United goal, finished on his first touch but was denied by a great Wayne Hennessey save.

Looping the ball over the top seemed to be the way forward as Palace sat deep, waiting for an opportunity to break. Carrick found Pogba with a brilliant ball and the young Frenchman hit it with a left-footed volley but was unlucky only to hit Hennessey.

Palace didn’t offer much, but former United winger Wilfried Zaha tried his best down the right flank. After running circles around Michael Carrick, Zaha was brought down by Marcos Rojo. Similarly to his challenge against Everton a couple of weeks ago, the Argentine centre half was lucky not to see red as he replicated his horrendous tackle at Goodison Park.

As the half came to a close, Blind was fouled on the far left. Juan Mata crossed the ball into the box where Zlatan chested the ball down to an unmarked Pogba who had a simple job of finding the back of the net. The replay suggests Pogba may have been offside, but in doubt the benefit should go to the attacking team, which it did. 1-0, and United went into the break with confidence.

Palace started the second half the better side but struggled to create any decent opportunities. David de Gea had hardly been tested but once James McArthur shot from range, the Spaniard was on-point to fist the attempt wide. Shortly after, McArthur was at it again, and this time de Gea couldn’t do anything. Damian Delaney flicked a pass that opened up the United defence and McArthur was through. On his first touch he found the bottom corner to level the scoring.

Their goal seemed to spur United on and a goal was coming hadn’t it been for referee Craig Pawson. First a clear Joe Ledley handball inside the area was overlooked when a penalty should have been awarded. Then, Mata scored after a fine Rojo header assisted him, only for the referees to wrongly disallow it for offside.

United seemed keen, at the heart of it were Pogba and Zlatan who had combined for the first goal. The former put on a man of the match display as he dominated the midfield, created chances and also got a goal to his name. Zlatan however did well setting up substitute Jesse Lingard, who was unlucky to have his close-range effort saved.

In the 88th minute the combination of good pressure, Pogba and Zlatan finally paid off as Pogba played a perfectly weighted ball in-behind the Palace defence. Bursting through on goal, Zlatan had a look up to see Hennessey’s position before he got the winning goal by lifting his left-footed strike over the goalkeeper’s legs. The ball flew towards the far post, hit it, then the back of the net. Simply a superb finish. 2-1 and United finally got consecutive league wins for the first time since August.

Jose Mourinho was clearly delighted with the result but was also extremely pleased with the performance and praised his players for their attitude towards the end of the game. The gap up to fourth remain at six points with Wednesday’s results, but good form as we head into the Christmas period can work in United’s favour. 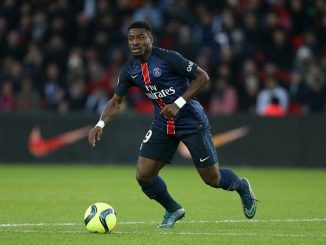 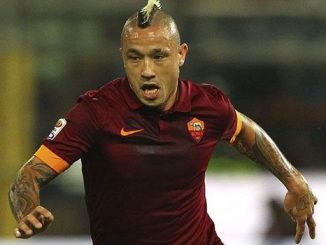