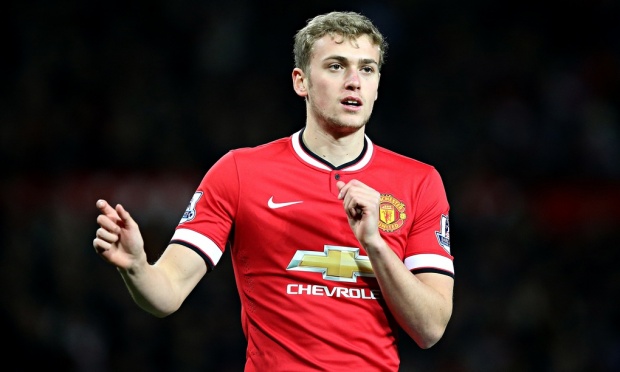 It’s long been a gripe of some gamers that the FIFA series gives too much importance to pace. The current Manchester United side are the experiment that proves the theory wrong though. Without pace the chances of success are greatly diminished.

When you look around the league at the better sides they all have players playing regularly who can stretch teams and make runs in behind but also have the right midfield balance behind the forwards to take advantage of the movement. Chelsea have a set of quick, interchangeable attacking players who create opportunities and allow Fabregas to conduct proceedings. Manchester City have the outstanding duo of Silva and Aguero but they’re well supported by Nasri and Navas amongst others. Liverpool have plenty of pace up front and even if Sterling hasn’t been prolific, when he’s played through the middle he’s made intelligent runs to stretch defences and create space for Coutinho to flourish. Spurs are possibly the slight exception but what they maybe lack in pace at times they make up for with a confident striker, hard workers, and a beautifully balanced midfield. (On an unrelated note, Bentaleb has to be considered one of the best young midfielders in the league – it’s no surprise that some of the biggest clubs are watching him closely).

United’s FA Cup conquerors, Arsenal, are the ultimate speedsters. With Sanchez, Oxlade-Chamberlain, Welbeck and Walcott, Wenger has an abundance of riches (when they manage to stay fit). Arsenal’s style allows for pace to flourish but also because the players swap positions so freely and all enjoy carrying the ball forwards. They’re constantly running on angles off one another and the movement can be near impossible to defend against. When you add the vision of Ozil, Cazorla, Ramsey and Wilshere it’s no surprise that Arsenal have been known to blow teams away.

So far this season United have generally had two styles of play. The first involves keeping the ball and eventually looking to punish opposition indiscipline and frustration. The second, and generally more successful route, has been to favour a more direct approach with Fellaini at the centre of it. Neither are particularly easy on the eye nor are they styles of football that United fans have come to associate with the team in the successful period just gone. Both have only served to emphasise that if there are qualities this United side, or more specifically the regular(ish) United XI selected lack, then it’s pace and guile.

There are quick players, but not necessarily in the right areas. Rooney is far quicker than he looks like he should be; di Maria is quick but struggling to make an impression; Januzaj has been a bit-part player and both Young and Valencia have been preferred in deeper positions for the most part. In fact, it’s our defence that’s probably the quickest area in the team.

Up front van Persie has been erratic and static. Falcao comes alive in the penalty area but has had neither the service nor the sharpness to do anything significant. Neither of them are good at stretching defences or making decisive runs beyond the last defender. As such there has been very little for the players behind to pick out and hence Mata’s not exactly shone. It’s all very well wanting him to play, particularly over Fellaini, but when he gets on the ball the players ahead of him are generally motionless and hence a longer ball to Fellaini has been more effective.

Looking back at last summer there can now be an argument that says that letting Welbeck, Hernandez and Nani leave was an error. Each player had their reasons for wanting a new opportunity but they all had pace, good movement and particularly with Welbeck and Nani, an element of surprise. Even with Zaha you can see that Fergie had the right idea in recognising the need to add pace for the future into the team.

Behind the forwards, the midfielders neither dominate in dangerous areas despite all the possession, nor provide any bite. Herrera is the most mobile and is the one that offers hope but even his recent performances have flattered to deceive – against Arsenal he was hauled off because he simply couldn’t get near Cazorla who was running the game. Carrick and Blind are cumbersome and whilst Carrick still offers calmness and vision in possession his injuries have seen Blind, a very decent squad option, overplay this season. There’s no power, there’s little energy and coupled with strikers who aren’t moving anywhere fast, there’s been little to enjoy.

To get going again United need to make life harder for opposition teams, it’s all too passive right now. If that’s to be done under the current ‘philosophy’ then they must move the baller quicker but crucially have better movement off it too. Arsenal in recent years are the perfect example – they’d dominate with the ball but unlike us, they’d hurt most teams because the players were never standing still, they’d constantly be passing and moving, giving opponents very little chance to relax. Our players almost seem afraid of leaving their imaginary ‘zones’ on the pitch, scared of making a run in case the opposition break – which is just not the right attitude for a United side to play with. That said, it’s easy to see that in recent games with Rooney through the middle United have improved but even he still has a tendency to drop deeper and get on the ball when he should be leading the line. How he, and Mata, and another striker fit into one system seems a bit of a mystery.

Van Gaal is only too keen to remind us that he likes to give young players a chance, so Ben Pearson’s progress out on loan is food for thought; but more notably he’ll hopefully turn to James Wilson at some point soon. His turn of speed and movement has excited fans of the Reserves and Academy in the last few seasons. He offers attributes that none of the other strikers have and his runs will not only give Mata something to pick out but they’ll provide more space for the midfielders to play a less restricted game. Of course there’s still the dilemma of how to get the most out of di Maria in particular but between him, Januzaj and Young there is speed that needs to be made use of for the remainder of this season. They must be encouraged to drive forwards with the ball, stretch the game, take risks and get into the penalty area.

Regardless of where United finish this season, the challenge for van Gaal is to find players to add the dimensions currently lacking. Amongst other things, that’s pace and trickery in attacking areas and some power in the middle. You’d like to think that this season is simply a case of getting by and that the lack of surprise that comes with our current style and personnel has been noted. The summer will answer many of these questions but failure to add speed in forward areas will only prolong the excruciating football, unconvincing wins and the failure. It’s sucking the life out of United.