It was one of the most barmy, spectacularly topsy turvy games in living memory. Manchester United were 3-1, cruising you could say. The same arrogances that Arsenal fans succumb to when leading against Bolton in the title race back in 2002/03 – and we all know how that finished! You could of course have been excused in reading the last few pages of the match programme whilst putting your feet up and talking to the bloke next to you about that berk at work, considering at 3-1 – United looked home and dry.

Then of course, Jamie Vardy won a penalty, bald since birth Esteban Cambiasso rifled in the equaliser before that man Vardy (who quite possibly might want to consider shaving his head) netted the fourth. He was then of course brought down for another penalty, which saw youngster Tyler Blackett sent off. Laurie Sanchez (if you squint) lookalike Leonardo Ulloa then slotted home Leicester’s fifth as United’s capitulation was confirm – Leicester City 5-3 Manchester United.

United last faced Leicester City at home back in the spring of 2004, when Gary Neville got on the score sheet! Louis van Gaal will be hoping to bounce back from the disappointing results against Southampton and also Cambridge in the cup. Leicester are unbeaten in their last two away games, winning at Hull City and coming back from 2-0 down to draw with Liverpool.

1) OK, so was the 5-3 the best win in living memory or an you remember something more spectacular?

For me the League Cup final at the old Wembley in 1999 was #1. There is no better feeling than seeing your team win at the home of football.
However, due to the records it beat, this win was in my top 5 games, especially as I was there with my son. It was a truly father/son experience. I apologise to the lady say behind me into whose lap I nearly fell when the 5th goal went in but like my son said, even if we go straight back down we have this win, and I am sure we will see many repeats on football shows down the years.

2) What did you think of Vardy’s performance that day?

Spectacular. After a difficult first season Vardy was one of our best players last season and I thought this match would prove the springboard to grater things. Charlie Austin seems to have taken the mantle as best newcomer this season mainly due to Pearson’s changing of the team so much meaning Vardy did not become a regular starter and have the chance to push on from this game.

3) What did you make of Pearson’s spat with the fans? Is he the right man to lead you forward?

It was Catonesque in its self destructiveness!!
But seriously, I like most Premier League managers, backed him 100%. Each club has a certain percentage of morons as fans, this was one of ours. A typical bully. Don’t hand it out if you don’t like what you may get back.
And in one word YES. Like Fergie in his early days, Pearson needs time. This is something as you will well know, managers don’t get these days, but I believe our owners will stand by him as proved after the Watford play off defeat when it would have been easy to sack him. Look what he achieved the following season after that!

4) How close did Emile Heskey come to rejoining you? Would he have been a success? Do you feel he has been unfairly criticised in his career despite being an extremely exciting youngster at Leicester?

Thank god was never on the cards. Will always be remembered and loved for what he did at Leicester, especially putting his hand in his own pockets when we went bust to help the team survive. But he was the past. His record speaks for itself, think it was 1 in 4 at Liverpool and Owen loved playing up front with him so make your own conclusions.

5) If you could pluck three players from the League Cup winning team, who would you pick?

Which League Cup winning side? If you mean our last, the 1999 team as aforementioned it would have to be Elliott, Izzett & Lennon.

6) What did you always make if the “Martin O’Neil will replace Fergie” quotes we were so accustomed to in the early part of the century? What are your memories if him as a manager and would he have lasted longer than David Moyes?

Martin O’Neill was linked with many clubs. Shows how successful he was. Greta memories, did for us what Cloughy did for Forest albeit on a smaller scale. Won us trophies and took us into Europe what more could you ask? Personally I think I would have lasted longer than David Moyes. Fergie IMO knew when to get out and left an ageing team with many problems. Are you that much better off this season having over £150m??

It will be tight, but recent performances and results remind me of the Leicester we saw at the start of the season. Carry on with this form and yes, I think we will – just.

8) Will United finished in the top four and who is your tip for the league?

Not sure tbh. You have bought a lot of good players but they are not yet a good team. A team of individuals rather than a team, Think you will finish 5th or 6th with Chelsea winning the title – sorry.

Well by then he will have been with you a season. Has he impressed? Not for me, and not for the money he would cost especially in wages. Better out there I believe. (You can have Nugent for free lol) 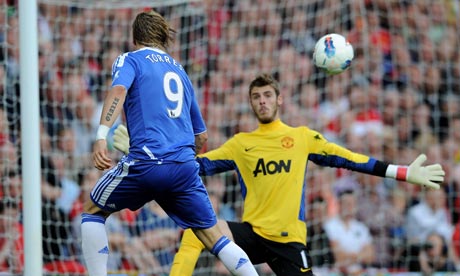