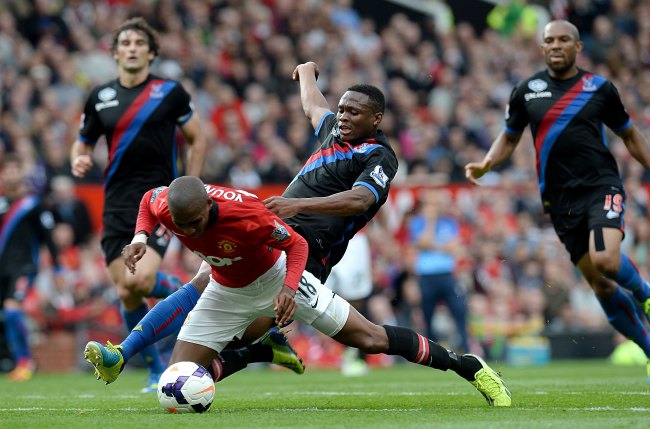 Ashley Young has come under fire since joining Twitter

In the voice of Taggart (or is it Sir Alex?) “There’s been a murder…”

“Joined Twitter and looking forward to interacting with all the fans”

Quite a response for just saying hello…

This is the problem with social media and people who have influence in the national game attempting to use it. Rio Ferdinand made reference to Ashley Young needing thick skin to be on Twitter. At times that is an understatement but how should fans approach speaking to players and also those that make ‘comments’ on the game?

When you are watching a match (be it at the ground, at home or in the pub) you voice your opinions good or bad in a vocal way. The players may hear disapproval whilst on the pitch but it is normally on a mass scale so they would be unable to hear specific dissenters.

Social Media has given the dissenters a way to directly communicate with players and media people but how should fans approach this ability?

I’m not going to sit here and write that you should do this or don’t do that but it seems that being able to respond instantly and directly to these figures has become a major issue.

In the 80s and 90s we saw the ‘fanzine’ gain a foothold outside the ground. The voice of the fans could usually be found in those pages which prompted the debates on the terraces and in the pub after the game. Now every fan has their voice and can air opinions and thoughts in any number of ways.

Blogs (much like this one) exist several times over for almost every club and whilst you may get balanced and honest opinion from some (like us) you also get the nut jobs that just aren’t happy unless they can blame an individual for everything. They have every right to an opinion of course but in my own belief opinions must be considered before being aired.

Gary Lineker was forced to apologise this week for having an honest opinion about the England performance and current state of the team. Why did he have to do this? The comments he made whilst critical were considered and I’m sure many fans would agree with exactly what he said.

See we now have a situation where being critical in any sort of way towards teams or players is met with a response of ‘You can’t say that’ or accusations of bias. There is no balance to the analysis of players and any criticism or praise; everything appears to need to be at one end of the scale or the other.

The Manchester United twitter account has been nothing short of an abject failure since it’s launch the moment that Sir Alex stepped down. The potential for this account to really engage fans in the right way is there but until somebody who has experience is given the reins to run it, it will not improve.

The players also could offer much more than just endorsements and Nandos’. The ability is there to offer proper insight and linkage to the fans but it is again wasted by the vast majority of players.

It could actually be that this attitude by many players to social media brings about the abuse they receive, trying to force them to respond. I’m not saying it is acceptable but there will always be the minority that look for a reaction.

I think in the long term that players being on social media will help them to see their standing in the eyes of the fans. Take away the fans just calling players shit and many offer valid opinions which it is important that players take heed of.

It’s murky ground but when fans won’t follow players due to knowing how much abuse the players will receive it does tell you that something needs to change.

What changes? Right now it’s difficult to pinpoint but the current behaviour towards players on social media does nobody any favours.