Wayne Rooney is now 4th in the all time Manchester United goalscoring charts following his brace against Everton in the 4-4 draw today. He is now behind Jack Rowley, Denis Law and Sir Bobby Charlton respectfully. He overtook United legends George Best and Dennis Viollett. Rooney still has way to go to match the 249 goals notched up by Sir Bobby, however he could well catch Jack Rowley next season – who has 211 goals.

Below is a list of United’s top ten all time top goalscorers: 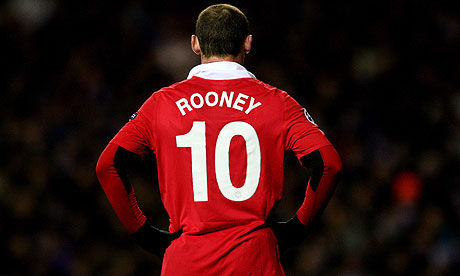 So where does Wayne Rooney fit in at Jose Mourinho’s Manchester United?