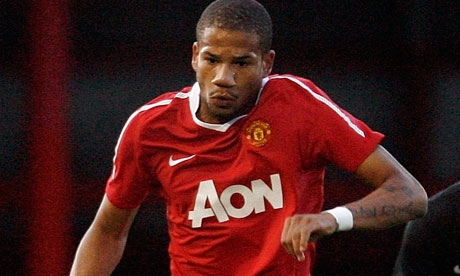 Reports in Turkey are suggesting that Man United’s 20 year old winger come forward, Tiago Bebe, has left the club on loan for a year with the option of a permanent deal according to Serdal Adali, the Chief of Besiktas.

United are yet to confirm the deal but media outlets in Turkey have confirmed that the Turkish side, Besiktas, have taken Tiago Bebe on loan for a year with a view to a permanent deal with an option to buy the player set at £2m (as confirmed by Mark Ogden). Serdal Adali has announced the deal which has been brokered with the help of Jorge Mendes. The club later announced to the Turkish stock market that the deal had gone through, despite no formal announcement yet from either club. Bebe joined last summer in a much publicised move from Vitória de Guimarães in Portugal for a fee of £7.4m – of which €3.5 million went to Jorge Mendes’ agency company, GestiFute.

Bebe featured in 7 first team games for United, mainly on the wing and scored 2 goals, one in the Champions League and one in the League Cup. He spent most of the year learning the game in the Reserves, playing either up front or wide in a front three. He scored one of the goals of the season across the United teams in a Reserve game against Wigan – a dipping first time volley (see the video below – the second of the two goals he scored).

My own opinion on Bebe is that he needs more footballing education – basic stuff like positioning, control, vision and learning how to jump/challenge in the air. I’d have kept him another year in our Reserves so he could continue to learn because he has shown improvements and has shown he takes information on board. If he gets regular games at Besiktas though then the move will be worthwhile. He won’t be lonely though in Turkey, there are already 4 other Portuguese players there – Quaresma, Simao, Almeida and Fernandes.

13 Comments on Bebe leaves Man United on loan for Besiktas?!