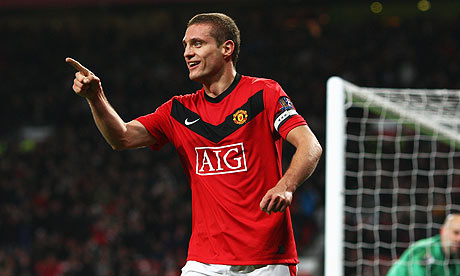 Relegation threatened Wolverhampton Wanderers sacrificed their best top flight run for over two decades after back to back wins by making ten changes against Manchester United but Sir Alex Ferguson’s men still managed to make heavy work of it despite the flattering scoreline at Old Trafford.

Any pre-match thoughts of a first half procession were quickly disspelled as the Champions embarked on such an abject display it appeared they were trying to redefine that very word. Chances were at a premium with the only two worth mentioning in the first half hour both being instigated by Gibson and both ending with Rooney shots saved by Marcus Hanhemann, the only player in the Wolves side to survive from their weekend win at White Hart Lane.

Wolves had their own chances as George Friend shot over when presented with a glaring opportunity while Tomasz Kuszczak was presumable inspired by the insipid display of his teammates and decided to join in, fluffing his catch at a free kick and getting away with it. After a rare good move down the left between Obertan and Evra, Rooney saw another chance deflected wide.

The sight of the visitors second string clearly wasn’t enough to inspire the Red Devils to put on a proper reaction to their loss against Aston Villa and on the half hour they extended a further gift to their hosts when Ronald Zubar ridiculously handled in the box giving Steve Bennett no other choice than to award a penalty. Rooney converted but Wanderers’ generosity wasn’t finished; after another forgettable 14 minutes where United decided to not press home their advantage, a Gibson corner was headed goalwards by Vidic and fumbled in off the post by Wolves’ American keeper to give United a thoroughly undeserved two goal lead at half time.

The second goal by rights should have prompted a far more confident display in the second period but it didn’t transpire – Friend squandered another chance for Wolves and it took until midway through the second half for the game to reach a definite conclusion. Gibson and Scholes combined to send Berbatov into the area, and the Bulgarian showed a touch of class to flick to Antonio Valencia who used the outside of his right boot to cleverly flick in. Though Berbatov’s flick was great on the eye it must be remembered that it was against a second XI of a side expected to be relegated and it was the only bright spark of an otherwise substandard display.

The goal did come at the end of the best passage of play for United but any hopes of extending it were never likely to bear any fruit, despite the impressive cameo from Welbeck.

The next task for the Champions is a visit to Fulham where they suffered a loss last season and after tonight’s runout – significantly featuring another defensive run for Michael Carrick and Darren Fletcher with Nemanja Vidic subbed off after scoring – Ferguson will be hoping for a far improved performance.