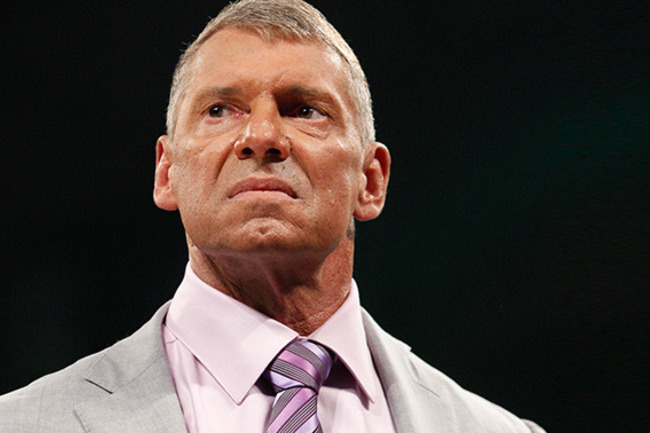 With the genuine rough and tumble of football in the 60s/70s giving way to the sniper like diving and slightest touch shrieking of football these days, it seems that football has followed a similar path to ‘professional’ wrestling.

In the glory days what you saw out on the pitch seemed genuine enough. Players such as Norman Hunter, Nobby Stiles and Ron ‘Chopper’ Harris dished out challenges that hurt. The enforcers of the game were just that, they distributed punishment that hurt. The same could be said of the wrestling world when it still operated in its ‘regional’ homes rather than the one or two giant companies. People such as the Von Erichs, Four Horseman and the quintessential Ric Flair wrestled with intensity and style you could believe hurt the unfortunate souls that entered their ring.

The man who took this industry and changed it forever was Vincent Kennedy McMahon. He realised that by bringing the different regions under one umbrella and basically eliminating competition would ensure his long term success. As the money came into the industry through better media exposure and more disposable income for customers, he exploited this and created a dynasty it is difficult to see being overthrown or made irrelevant in the future.

Sound familiar at all?

Remember when Sir Alex took over at United, it was a club/business with massive potential but in a comatose state. Sir Alex took over the running of the club from top to bottom from the tea lady, the academy and all the way through to the first team. He took complete control of everything so every decision went through him. By the time the money was exploding in the game thanks to satellite television, Sir Alex had the club in a place to take advantage. Success at the right time (FA Cup 90, CWC 91 and League 93) meant the club was at the forefront of the boom and able to take advantage.

Vince McMahon did much the same thing with WWF/E, as the rival brand (WCW) floundered under poor management. His purchase and integration of the brand in the mid 90s, coupled with the boom of the ‘Attitude Era’ meant that he was able to streak away. This resulted in WWE/F becoming so large it would be impossible for a new business to compete.

Both WWE and MUFC built on this fortunate influx of money at the same time as enjoying some success to amass dynasties. That is not where the similarities end though, the way both men run their respective ‘businesses’ always draws interesting comparisons.

As I’ve written earlier on, both men take very hands on approaches and their influence radiates through everything.

In the ‘developmental’ area of WWE, which is a throwback to a regional production like in the years before. Vince will run the rule over the potential new stars and only select the people he feels will fit his current vision. Sir Alex operates in much the same way with the academy prospects for United. This may sound like something every manager would do but with the increasing role of ‘General Managers’ or ‘Directors of Football’, managers are now not getting as big a role in the type of players recruited and developed. Sir Alex is one of a dying breed of truly hands on managers with youth players.

When it comes to talent management both seem to share similar flaws in the rosters they currently have. The current United squad has its top stars and promising youth yet seems to be suffering in a mid level lack of quality, both in terms of midfielders and players that are squad and role fitters. People such as Wes Brown, John O’Shea and to an extent Darren Gibson, have moved on without players really stepping into their roles to replace them.

The current WWE roster is suffering a similar problem in that it has top stars like The Undertaker and John Cena but very few mid-level talents ready to step up and replace them long term.

This again can be traced back to the ‘golden’ eras for both sides where the level of talent was huge. The United side of 2007-2009 was arguably one of the finest ever but replacing those talents that left or retired has proven difficult so far. This has been reflected in the continued use of Ryan Giggs and return of Paul Scholes who have been utilised more than they should have. McMahon has had similar issues after the success of the ‘Attitude’ era. This has led to a change in style and also the regular return of people like The Rock, Steve Austin and Shawn Michaels to generate more interest in the product.

Going forward Sir Alex will eventually lose the ability to wheel out the stars of yesteryear and have to bite the bullet; this time is fast approaching for him it seems.

There also seems to be a similarity between the two in knowing how to deal with problem employees. Once a person is no longer of value to them then they are discarded as quickly as they were recruited. The amounts of money and pressure involved in managing the way they do demands it is done this way. If they were to appear weak in handling something it can affect the whole changing room and beyond.

Dealing with unruly or frustrated staff that are still of value though is much different. The most famous recent example for Sir Alex is the Wayne Rooney saga where he requested a transfer. The idea of losing Rooney at all is bad enough but to a rival was unthinkable for Sir Alex. If Rooney had left for a rival it wouldn’t have just raised question marks over Fergusons management but also over the club as a whole. If top talent was allowed to leave in that way it could have snowballed into bigger problems.

Similar situations have arisen for McMahon over the years, the most recent involving CM Punk. A talent who was getting seriously popular with the fan base, yet appeared to be stuck by the glass ceiling that mid level talent encounters. At one of the live Monday Night Raw shows CM Punk addressed the crowd with what is wildly acknowledged to be mostly unscripted criticism of the situation he was in. This is the footage.

In the end both talents were ‘rewarded’ with better deals and in CM Punks case he has held the major title in WWE for over 400 days, unheard of in recent memory. Rooney was given a new contract and convinced the direction that United were going in was the right one for him. This isn’t to suggest however that either man won the war with McMahon or Ferguson. Both men have responded in their own ways to this challenge of authority. Whilst Punk is now a champion he is required to devote much more time on the publicity side of things so is a much busier member of staff. In Rooneys case the difference is more subtle but has occured, before his contract issues he was the heartbeat of a team that struggled without him. Ferguson however has flexed his muscles to show players such as Van Persie, Henrnandez, Kagawa and Welbeck are capable to covering for Rooney meaning he is no longer the consistent ‘go to guy’.

Both men have also overseen huge new exposure of their product to new areas of the world. Recent trips to India for WWE have opened another new market for them whilst Ferguson has overseen tours to every corner of the world. Indeed two new sponsorship deals have just been announced that are extremely unlikely to affect the North West England based United fan but will delight the Chinese fan the squad will see in the summer.

Ruthless expansion could be one way of putting it i guess…

Even now as both men enter the sunset years of their careers the influence they have over replacements is immense. In McMahons place is likely to be his Daughter and Son-in-Law taking over the daily running of WWE. In Sir Alexs’ case it is extremely unlikely we will see Darren replace his dad but its almost certain that it’ll be Fergusons deciding vote that will determine his replacement.

Even on the comedic front both men have similarities, Sir Alex has his ‘dad’ style celebrations that look anything but dignified. McMahon has a walk to the ring so exaggerated that Monty Python themselves may deem it too much for the Ministry of Silly Walks.

This is probably not the most serious piece you will have read about Sir Alex but the comparison exists and to be fair i think he’d make a great manager or bad guy ‘heel’ wrestler.

WWE is McMahon and Manchester United is Ferguson – you cannot seperate the two.

The time the two are seperated will bring lots of questions that’s for sure. 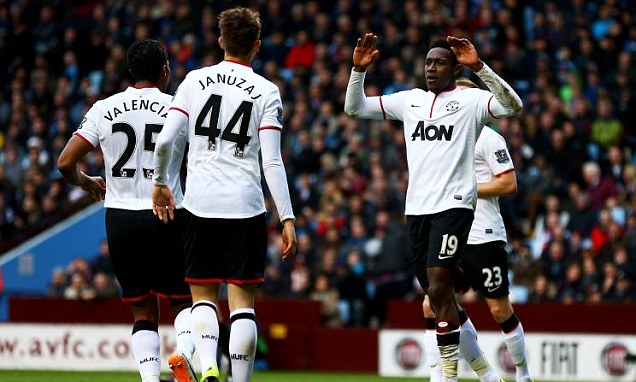