Manchester United defeated Arsenal 3-1 in the match of the season contender, through goals of Antonio Valencia and Jesse Lingard. The match at the Emirates was filled with incredible chances, lovely moves and good team goals, but Jose Mourinho’s team was the one that won three points and continue their chase for Manchester City.

United started strong, with two quick goals, but the splurge of chances for the hosts was not enough to see them score more than one goal. It was Alexandre Lacazette’s goal that brought more uncertainty into the match, but Lingard’s goal sealed an important away win for the Reds.

There is no question anymore. David De Hea is world’s best goalkeeper. He was the main reason why Arsenal scored only one goal and why Man United got all three points. His 14 saves are the new Premier League record for a single match.

De Gea’s team-mates were not at the highest level defensively for the big part of match, letting Arsenal shoot from all kinds of positions, yet the Spaniard looked to be a wall.

This was another exceptional performance by the Frenchman. Pogba was everywhere, pulling the strings for United and their incisive, swift counter-attacks. He played in a deeper central midfield role, but his late runs often proved to be crucial.

Pogba assisted Valencia for the opener and Lingard for his second goal after a great dribble past Laurent Koscielny. However, his red card in 74th minute was foolish and unnecessary. Pogba stepped on the back of Hector Bellerin’s leg with an open foot and was deservedly sent-off. Manchester United will have to play the city derby without one of their key players.

Man United’s game must improve against bigger sides. Next up are Manchester City and they will not waste the chances Arsenal did. The fact De Gea had to make over a dozen of saves to keep United safe says a lot.

Marcos Rojo did not have a good game and the Reds were often leaving too much space for Arsenal players. United proved to be deadly on the counter-attack, but possibly the most important match of the Premier League season demands better.

However, with attacking displays like this one against Arsenal, Manchester United should do well. The improvements in the past weeks are obvious.

This was yet another classic Arsenal performance of recent years. Arsene Wenger continues his struggles against Mourinho and Arsenal continue failing in keeping their performances consistent.

Their defence was very poor, which was epitomized by Man United’s first and third goal, while individual mistake of Shkodran Mustafi meant the Reds were in for a great game. To be completely honest, Arsenal played some amazing attacking football and could have scored five goals, but their defensive problems continue reappearing.

Koscielny had to do better prior to the third United goal, while Nacho Monreal showed his limitations at the centre-back position. Arsenal have conceded 19 goals in 15 Premier League matches, a number too high for a team playing with three centre-backs. 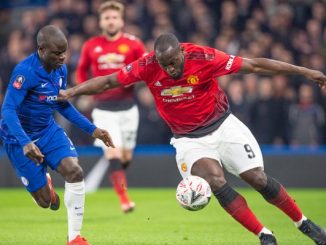 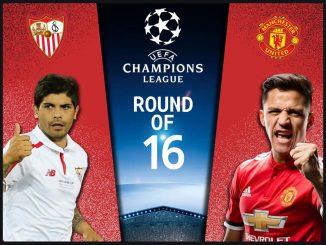