Manchester United’s undefeated run in all competitions came to an end this past weekend in a loss to Chelsea in the FA Cup semifinals. However, The Red Devils extended their streak in the Premier League to 13 games following a 1-1 draw against West Ham United earlier this week. Ahead of the final match of the campaign, things are quite simple. Manchester United need to win or draw to secure a spot in next season’s UEFA Champions League. A loss would leave them depending on what happens with Chelsea and Wolverhampton at Stamford Bridge. Kick-off for this match has been scheduled for Sunday, July 26th, at 16:00 GMT.

Manchester United manager Ole Gunnar Solskjaer might have to make a few changes on defense once again. Luke Shaw, Axel Tuanzebe, and Phil Jones have been on the sidelines, and that’s not expected to change for this tilt. Plus, Eric Bailly has been listed as a game-time decision following his aerial collision with Harry Maguire on Sunday against Chelsea. All four players are game-time decisions, and Solskjaer is going to wait for them until the very last minute to find out whether they can take part in this season finale at Leicester City. Lee Grant is also sidelined, but the third-string goalkeeper probably wouldn’t make the matchday squad even if he were fit to play.

At the other end, Leicester will be very depleted for this crucial fixture. Star centre-back Caglar Soyuncu is suspended, while England internationals Ben Chilwell and James Maddison are both absent through injury. Ricardo Pereira, Christian Fuchs, and Daniel Amartey have also been ruled out. Thus, The Foxes will be very depleted defensively on Sunday. Speedy winger Marc Albrighton will be a game-time decision for manager Brendan Rodgers.

Manchester United saw the end of their 19-game undefeated streak in all competitions following Sunday’s loss at Chelsea. However, The Red Devils remain unbeaten in their last 13 Premier League contests (W8, 54). This game couldn’t be any more important for the Old Trafford side. A win or a draw would be enough to secure a spot in the Champions League next season. However, a loss would force them to see what happens between Chelsea and Wolverhampton at Stamford Bridge. The Red Devils currently sit in third place of the standings with 63 points.

Meanwhile, Leicester couldn’t be in line for a more significant match in the season finale. The Foxes spent most of the season in third place. In fact, at one point, they were a lock to be in the Champions League in 2020-21. However, The Foxes have dropped 15 points since the Premier League’s restart (W2, D3, L3) and seem to be trending in the wrong direction when it matters the most. The fact that they’re depleted through injuries shouldn’t help them, either. At the very least, The Foxes can trust in their home record to find a comfort zone heading into this contest. They have gone W11, D4, L3 at King Power Stadium this season. Leicester are in fifth place with 62 points.

Leicester City have been inconsistent of late, and they will also miss several key players such as Maddison and Chilwell. They are still a threat as long as Jamie Vardy is out there. However, Manchester United are favorites ahead of this contest. Based on what they’ve done of late, The Reds are likely to secure the win here, and that would give them a spot in the 2020-21 UEFA Champions League season. 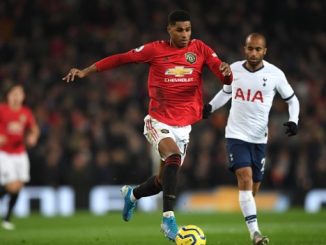 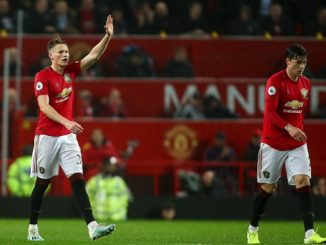