Manchester United returned from international break with a huge 4-1 win over Newcastle United this past weekend, and they will have their morale on a high note ahead of their upcoming match against FC Basel in the UEFA Champions League this Wednesday. The Red Devils need a draw to clinch a berth on the next round, although a Benfica win over CSKA Moscow in one of the early games could work, too. But United do not want to depend on other results, and they will go for a win this Wednesday on Swiss soil at 19:45 BST. Daniele Orsato will be the referee.

Manchester United have struggled with injuries all season long. However, the international break allowed Jose Mourinho to recover several important players. Paul Pogba and Zlatan Ibrahimovic saw action during the win over Newcastle, Marouane Fellaini has been training with the side for a few weeks now, and Marcos Rojo is back with the group as well. All four players are in contention for a squad spot ahead of Wednesday’s match.

Unfortunately the team is not at full strength, though. Michael Carrick (undisclosed) and Phil Jones (hamstring) are out due to injury, and Eric Bailly is doubtful. The Ivorian will require a late-fitness test to determine his availability. As such, it shouldn’t be strange to imagine Victor Lindelöf and Chris Smalling pairing at centre-back once again.

On the other hand, FC Basel will have to deal with a fair share of absences as well. Ricky van Wolfswinkel and Germano Vailati have been ruled out due to injury, Taulant Xhaka is suspended, and Omar Gaber has been listed as doubtful. The loss of Xhaka could be the biggest, though, as he is the team’s primary playmaker in midfield.

Manchester United’s form in the UEFA Champions League could be described as dominant. The Red Devils have won their four Champions League matches while scoring 12 times and conceding just once. They only need a draw to secure a berth in the next round, but a win from Benfica would automatically give them the top spot in the Group as well. So they’re likely to reach the knockout stages either way barring a catastrophe.

Meanwhile, FC Basel has emerged as the most competitive team in the race for the second spot between them, CSKA Moscow, and Benfica. They sit in second place with six points and a +3 goal differential, but they’re coming off a 1-2 loss against CSKA Moscow in their last UCL contest. Their domestic form has not been the best, either, and they were riding a three-game winless streak before their 5-1 win over FC Sion this past weekend. The struggles have affected their position in the Swiss Super League standings. They sit in second place, and are seven points behind the league leaders BSC Young Boys.

The head-to-head record between both clubs certainly favours Manchester United. In fact, The Red Devils won comfortably 3-0 when both teams met in Old Trafford earlier this season.

Manchester United are coming off a strong win over Newcastle United in the Premier League, and they should be fully motivated for this game since they might clinch a berth in the Champions League’s next round. Basel have their backs against the wall in this one, but their inconsistent form and struggles won’t stop here. Expect United to clinch a fifth straight Champions League win while securing the top spot in the standings as a result.

Those who are looking for enhanced odds exclusives can have a look at Betfair’s enhanced offers. The offer will be available for players who register through this link. Mind you that all winnings are paid in free bets and that there is additional £100 in free bets waiting for you on your next 5 deposits. 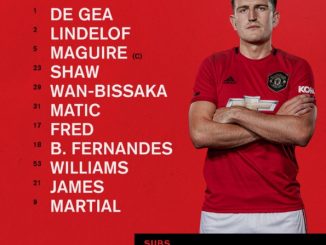 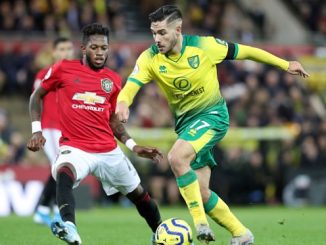