Although he left United over half a year ago, Paul Pogba remains a constant topic of discussion for fans. Since his switch to Juventus, he’s been very polite about his time in Manchester when doing interviews with the Italian press. It was then surprising to read his first full feature interview with The Times on Friday night and discover a cockiness and arrogance that has previously only been talked about by those who’ve been lucky enough to get close to United.

Having kept relatively quiet about Pogba since his move, it feels like it’s time to spell out a few home truths in light of what he said and what some fans think.

Anyone who watched United’s Academy side, particularly in the 2010/11 season when they romped to success in the FA Youth Cup, could see that Pogba was an exceptional talent. Back then he was quite gangly, yet to start to physically fill out, but for a tall player his work on the ball was superb. He possessed an ability to dominate and with Ryan Tunnicliffe alongside him, he had the perfect foil to control the tempo of games.

That he would go on to develop into an excellent midfielder has never been in doubt. Sure he had plenty to work on and improve, notably his defensive work, but he was too good to fail. Despite making over 20 appearances at his new club, he’s still not ‘made it’ and he’s still got plenty of developing to go but he’s starting to blossom into the midfielder many knew he would be.

The gripe plenty of United fans have is with the fact that he is starting to become the kind of central midfielder we badly need – a physical presence yet still incredibly athletic; a player who’s improved a lot defensively but not at the expensive of his attacking ability; a goalscoring central player. Naturally everyone wants to point the finger at someone for his departure – the club, the player, the manager, the agent – but the facts cannot be ignored, every party has a part to blame.

The place to start is this interview with The Times and Pogba’s quotes.

“It was all down to Ferguson. I didn’t want to sign a contract as Ferguson didn’t play me, even though there were no midfielders there. He obviously thought I didn’t deserve the contract I asked for, and didn’t put me in the team even though he had no midfield players. It was his choice. United were short of midfield players like me, but it was the manager’s decision. I couldn’t do anything about it. I was very frustrated because he spoke to me a few times and said I was nearly there.”

Let’s start with the boss. Ferguson’s error was to talk Pogba up pre-season in the summer of 2011. Aged 18, it always seemed unlikely that it would be Pogba’s breakthrough season into the first team but there was suddenly some unnecessary pressure on him and the player clearly felt it would happen because the boss has said it. Maybe that made Pogba become complacent because what followed that season made Ferguson’s decision to not play him incredibly simple.

In 2011/12, Pogba made the step up to the Reserves full time. In theory, he should have dominated at this level and pushed on to either the fringes of the first team or to a loan. The reality was somewhat different – his performances were no better than average and more often than not, his fellow midfielders were getting all the praise after games. Ferguson is very good at rewarding players for their form at Reserve level but he simply couldn’t pick Pogba because he wasn’t ‘doing it’ at Reserve level.

The game Pogba no doubt refers to in that quote is Blackburn at home – an embarrassing defeat after injuries forced a midfield pairing of Park and Rafael. It was proven to be terrible. That said, Ferguson simply couldn’t pick a player badly out of form at Reserve level. There’s nothing to suggest that Pogba would have done any better than either Park or Rafael and as we know, Fergie is not one to mess with his youngsters and risk playing them before they’re ready as it can be detrimental to their development. That Pogba thought he should have been playing shows a real arrogant side to him because it was clear to any youth football observer that he wasn’t ready, something Fergie clearly agreed with.

The other thing one learns from that quote, and the next one, is that Pogba was very impatient. Ferguson had told him he wasn’t far away and he liked him a lot as a player and had incredible belief in him. But, and as United’s history shows, just because you’re not in the first team as an 18 year old it doesn’t mean all isn’t lost. Your average 18 year old is nowhere near a first team!

“When I saw Scholes come back part of me was really happy as he’s a legend, but I knew it was the end for me. The manager thought Scholes had to play, not me, and after that I had to leave. Maybe Ferguson will regret it now…”

Citing the return of Scholes as the end of his United career is close to delusional from Pogba. Scholes’ return was only ever going to be short relative to the career Paul had and still has ahead of him. It only reiterates that for whatever reason, he wanted things immediately. Dare I suggest that if Pogba had been at Juventus last season then he also wouldn’t have been in their first team. That he is this season is down to the substitution rule in Italy as well as a blossoming of his talent, turning potential into current ability, to use a Football Manager term. And that can happen. Players can very suddenly burst onto the scene as things start to click for them – just look at Raheem Sterling – a year ago he wouldn’t have been ready for Liverpool’s first team either.

The author of The Times’ article, Matt Hughes, suggests United underestimated Pogba’s ability. That alone is an incredible oversight into Pogba’s last season and works on the assumption that he’d not be having a similar impact this time round. In fact, United’s cautious use of Pogba seems right when he goes on to say, and slightly contradict himself…

Well, for someone so confident that aged 18 and playing badly he should have been starting in the Premier League (many, many steps up from Reserve football), why the surprise at his Serie A form? Of course, I’m being pernickety but the point stands. Furthermore, in relation to his transfer, Pogba claims, “these things happen in football” – they don’t really though. The best young talents do not reject contract offers from United simply because they’ve not ‘made it’ before they’re out of their teens.

That nicely brings us onto Pogba’s agent, Raiola, and we can come back to an earlier quote referencing Ferguson…

It was Matt Busby who believed that at United you don’t chase money but that it will come to you if you’re good enough. United offered Paul a contract and he rejected us. United wanted to keep him but clearly he didn’t feel the finances matched up. Without knowing the intricacies of the deal, sure United could have offered him more but they also don’t need to be held to ransom by a player with a handful of first team appearances to his name. Raiola no doubt played his part in this – an agent who’s notorious for seeking out the money. Pogba and Raiola had no need to make money the main concern because he would have achieved everything he desired had he just stayed put.

You may read this and think there’s some deep lying bitterness in how everything panned out and there’s certainly some truth to this. A player with his potential at his age should never come to the conclusions that he did and therein lays Raiola’s part in this affair. The bottom line is that Ferguson rated the kid very highly, chose not to play him when he wasn’t playing well, and offered him a new contract that was rejected. Maybe the club and the manager will feel they should have done some things differently just for the sake of it but that’s not how United works and never will.

Don’t be surprised by anything Pogba achieves at Juventus and beyond. But also don’t believe the inevitable criticism that has come and will continue to come the way of United and Ferguson for their use of an underperforming 18 year old a year ago. They wanted to keep Pogba, but no player, let alone a youth player, will ever get exceptional treatment. Ultimately, he got the minutes he deserved last season and was offered the contract the club no doubt felt his extraordinary potential (and that’s all it was back then) felt he deserved. To claim anything other than that is simply incorrect and an opinion formed on what he’s done since rather than what he did last year. 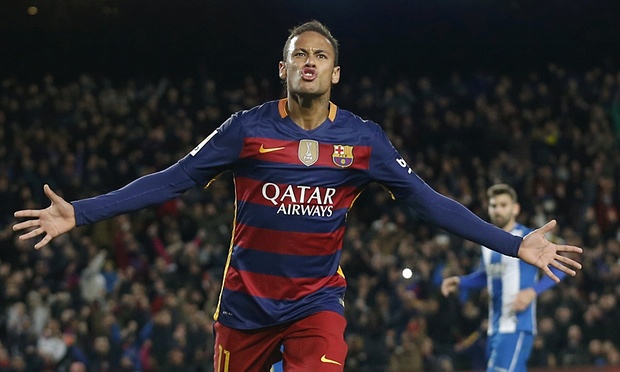 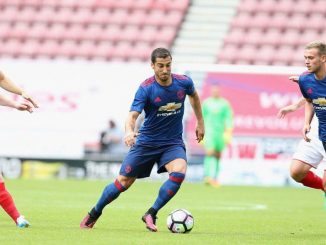 27 Comments on Paul Pogba got what he deserved from United