It was an absolute whirlwind of a game. If this was to be the final result on a Football Manager style simulation game, you would have hammered the reset button, folded your arms in disgust and comment on how “unrealistic” this really is. Well, it happened – Manchester United were 3-1 up and coasting before Jamie Vardy morphed in Marco van Basten and pulled United’s trousers well and truly down.

Since then, Leicester City have survived, sacked their saviour of a manager, hired the tinkerman and are now sitting pretty at the top of the table. Vardy is now the most prolific striker in the land, notching up 13 goals so far. He is level with former United striker Ruud van Nistelrooy on ten goals scored in a row – one more today, against van Nistelrooy’s former employers, would put him out on his own. It is a remarkable story from a player who was playing in the eighth tier of English football five years ago.

Blog: James Wilson’s loan to Brighton is crucial to his development.

Louis van Gaal spoke out following the 0-0 draw with PSV Eindhoven that he is bothered about what the fans think of how the side is playing at the moment. United now need to win against Wolfsburg to qualify for the knockout stages of the Champions League. United have beaten Wolfsburg before, with Michael Owen netting a hattrick, however – United’s style of play under van Gaal is risk adverse and United will have to go on the offensive if indeed the club are to be competing with Europe’s elite.

Of course, because the fans have to be happy, you are playing for the fans so you cannot deny that.”

– Louis van Gaal when asked on the happiness of the fans

At home, United are in a better position in the league – although the performances have been quite substandard, in comparison with years gone by. United are in second place, a point off league leaders Leicester City and have looked solid defensively. The issue is that United aren’t exciting to watch going forward. Everything is quite pedestrianised, the football played in front of the opposition with limited focus on counter attacking moving the ball quickly. Wayne Rooney continues to come under heavy criticism from fans and also ex-players. Roy Keane openly criticised the United captain for being out of shape and not mentally focused on the task at hand. Keane also cited off field antics, such as the slapping of a wrestler recently, as a potential hinderance to United’s joint second top scorer of all time.

Chris Smalling has been exceptional this season and is developing into a commanding centre half that has demonstrated how well he can read the game. He will have his work cut out if he is to stop Jamie Vardy notching up his fourteenth goal of the season and record breaking eleventh. The last time Leicester City failed to score in the league was back in May of last season against Sunderland in a 0-0 draw. United last won at Leicester back in 2003/04 – when Ruud van Nistelrooy scored a hattrick at the Walkers Stadium. It was the week after the infamous Arsenal match where he missed a penalty to end the game in a draw.

Somehow then name of the Dutchamn will surely be on the lips of fans later this evening. Will Jamie Vardy beat his record outright? Or will United get their first victory at Leicester City since the 2003/04 season – when he belted home a trio of goals?

We are joined by Chris Forryan, who blogs over at www.leicestertillidie.com. We discussed Vardy, Pearson’s dismissal and whether Wayne Rooney is past his best.

1) How would you sum up your season so far? Is there an unprecedented title charge in the offering?
Unbelievable Jeff !! Pinching myself and living the dream. Anything is possible, we have a tough December and we will know more come the new year. But back in August you would have laughed if I said we would be top going into December.

2) How has Claudio Ranieri done since he joined the club?
Could he have done any better? He has taken us to the so called next level.

3) What did you make of the sacking of Nigel Pearson and was it justified at the time?
I was a Pearson fan and would have liked him to stay. But he fell on hos own sword and for off field reasons had to go.

4) Riyad Mahrez has been different class since he joined. Just how good can he be and is there any worry he could be a one hit wonder (at top level)?
Well he hasn’t been so far if you mean one season wonder. He did in in our promotion season as well. Yes he has good games and bad games but then doesn’t Rooney ?

5) Leicester have a tendency to mount a fight back – what do you put that down to?
Leicester as a team have never given up, Even harking back to the O’Neill years. I think teams are even starting to think now, hey we’re only 2 up against Leicester, we’ve not won it yet. Its down to good management isn’t it. No team should give up until the final whistle goes but many do.

6) What have you made of Manchester United so far this season?
A different team. You are winning but it would appear without the flair if you listen to your ex players. I’d take boring and being top 2 any day of the week.

7) Is Wayne Rooney still United’s main man or at 30 – do rival fans think he is past it?
Past it possibly, maybe needs a change of position more of a deeper attacking midfield role if he hasn’t already. A player like Rooney can always sneak you a goal. For me he has to play.

8) Will United be in the running for the title come May?
Well your blue neighbours are making hard work of it as are Arsenal and well Chelsea……
I think you will defo be in the mix.

9) Martin O’Neill was once hailed as a successor to Ferguson – how do you think he would have done in the United hot seat?
Not sure, and as we have seen whoever followed Fergie was bound to struggle. If you had him with Robertson as a management duo he may have done ok but wonder how long he would have lasted to be honest.

10) What is your all time Leicester City xi? 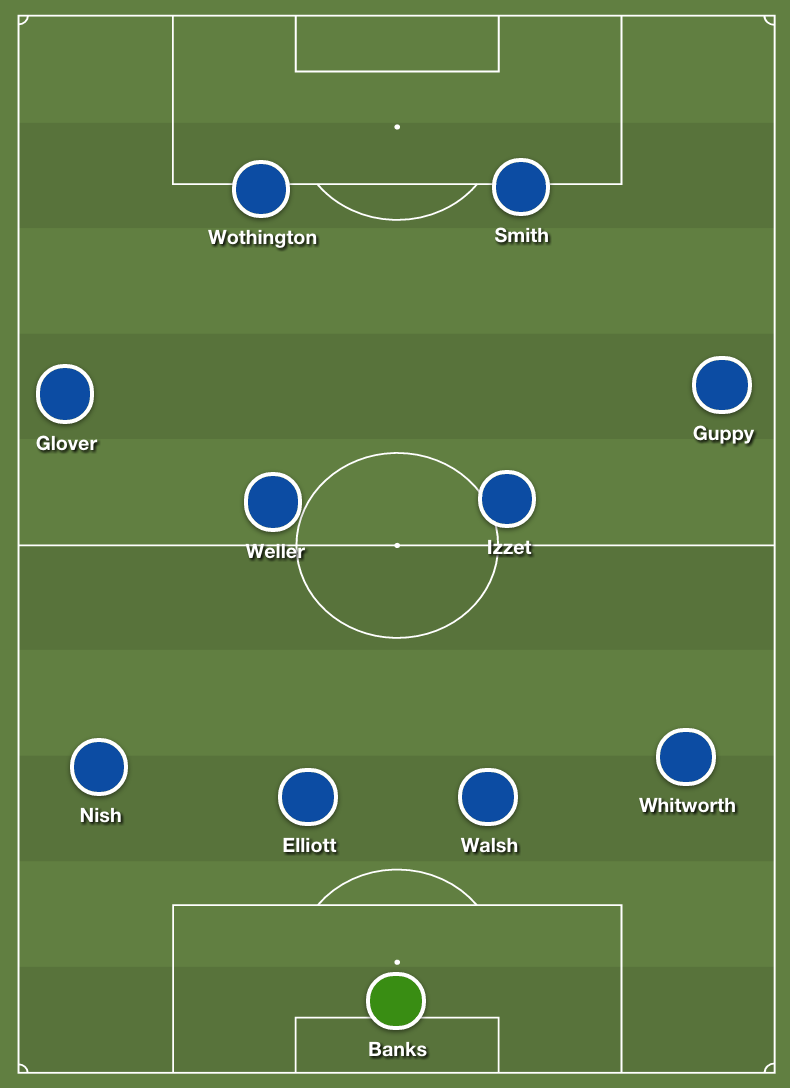