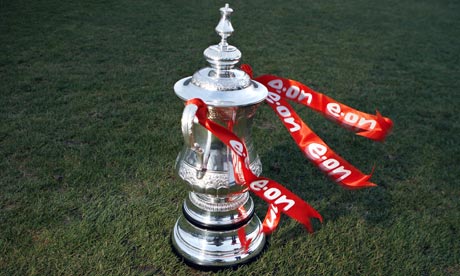 Hope you’re all doing well after yesterday’s fantastic results. One of our stories is, of course, that United were the big winners on a night when they didn’t even kick a ball. Also in the news, Sir Alex Ferguson wants to win the FA Cup, Old Trafford may be Roy Hodgson’s last stand, and Javier Hernandez is enjoying life at Old Trafford.

Sir Alex Ferguson has made clear his intentions to win the FA Cup this season. Last season, Manchester United exited in the third round to Leeds United, and the last time the club lifted the FA Cup was 2004. Sir Alex has won the competition five times during his tenure at United, and the club has won the FA Cup more times than any with 11 total. United kick off their campaign at Old Trafford against Liverpool on Sunday. In recent seasons the gaffer has used the competition to get fringe players experience, but something tells me Sir Alex will field a fairly strong XI this year. I’ve missed FA Cup glory in recent seasons, so I would love to win it again this season. However, that record 19th league title is of course the priority.

How great would this be? After Liverpool’s humiliating loss to Blackburn yesterday I didn’t think Roy Hodgson would survive until Sunday. There’s been no word from the club yet regarding his future, so there is still hope that Hodgson will be around. Liverpool has been nothing short of abysmal under Hodgson, not that I think that will be needed to win this match. I would love for Hodgson to bring Liverpool to Old Trafford on Sunday and allow our club the honour of condemning him to the sack.

And we’re all happy that you’re here. Keep up the excellent start to your career at Old Trafford.