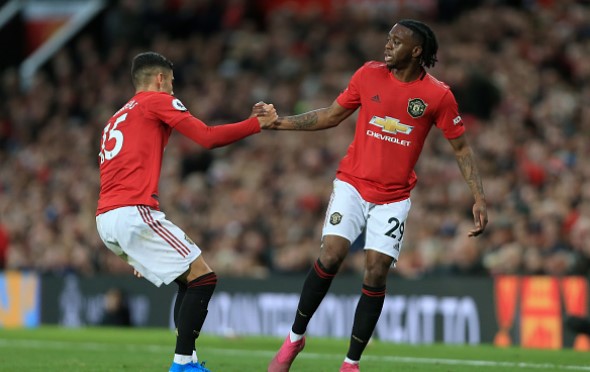 Manchester United have finally went away from Old Trafford and won the match. After that night in Paris when PSG shockingly fell in the Champions League round of 16, no one thought there would need to pass another seven and a half months before the next victory arrived.

But that is exactly what happened and United got their away win through Anthony Martial’s penalty in a 1-0 win in Belgrade. Partizan turned out to be a tougher opponent than many have expected, even though they were sloppy in finishing their chances.

This has been our leitmotif for several months now and this is almost always the first thing we mention. But the players also keep doing it, or should we say it – they keep not producing. The expected goals are telling us exactly the same, as Man United racked 1.29 in Belgrade, but that is a bit misleading. If you forget the penalty Martial scored from, then the team’s xG is 0.52, which is lower than Partizan’s 0.72 expected goals.

And that sums up United’s display well enough, as the team had a total of four shots excluding the penalty, none of which were going on target.

We mentioned yesterday that Man United were quite defensive despite having 59 per cent of the ball in their possession and that was especially the case in the second half. Partizan started playing much better and United did not react properly. Just how much the Devils were bad in their attacking display shows another stat.

The three forwards and the three substitutes that entered the pitch (also attacking-minded players) had SIX touches of the ball in Partizan’s box for the entirety of the match (penalty excluded). That is one touch per player on average!

Soumah The Biggest Threat For United

Seydouba Soumah was Partizan’s best player on the match and while we talked yesterday about his great skill to send Harry Maguire to the ground, this time we look at his numbers. And they were quite good. Soumah showed how vulnerable United can be in 1v1 situations, as he completed five of his seven attempted dribbles.

He also had one shot and three key passes to go with it, but in the end, he failed to punish United for being too defensive.

Well, this is nothing new, but it is still worth pointing out. Jesse Lingard had another poor game for Man United. Whilst Partizan’s Soumah shined in his number 10 role, Lingard was anonymous in his for the Devils. He did not complete any of his four attempted dribbles and he failed to create for his teammates. Sure, he did hit the post in the first half, but even that was through him just poking the ball towards the goal rather than a product of a good team display in which he participated.