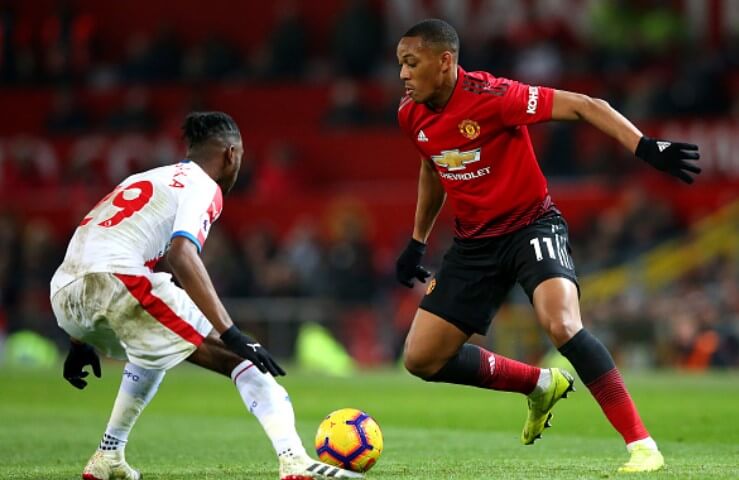 Manchester United have finished with the Champions League duties for 2018 and can now turn their attention completely to Premier League. The crucial month and a half await, as the games will start coming thick and fast. December is always one of the toughest periods and if the team can get the most out of it, then coming into 2019 will be less painful.

And that start of something good could be this very weekend. The match that lies ahead could be the unifying factor for everyone at Manchester United, as the Red Devils will be visiting Anfield to play their biggest rival, Liverpool.

Before matches like this one, quite popular are these combined XIs where writers make the best possible team out of the two involved in a match. But this season, would it really matter? Liverpool are top of the league and seem miles ahead, not just in squad quality, but everything that is surrounding the club. They are still waiting on any type of silverware, but despite that, there is only positivity about Jurgen Klopp’s side.

Here is how the team would look.

Several writers were too quick to say Alisson is now the best goalkeeper in Premier League. Looking at this season only, that would be correct, but in general, it would be neglecting all David De Gea has done. Last season only, when he dragged this team forward, he was hailed, but now that he is struggling a bit in a team performing far worse than 12 months ago, that is simply hypocrisy.

Let’s get things straight – we could put here all four Liverpool players. And we probably should, as they conceded just six goals in 16 matches and all of their defenders have done a tremendous work. But putting Luke Shaw ahead of Andy Robertson is not to degrade the Scotsman, but to say something important about the Englishman – his improvement this season has been one of the few bright spots and again, he now looks like a player able to do big things in Premier League and English football.

Simply said, there is no reason to put any Man United midfielder here. In fact, there could be another Liverpool player here, but we left just three spots. Paul Pogba has been the best midfielder for Man United, looking all-round displays, as Fellaini and Herrera are not creating that much impact, while Nemanja Matic has been in poor form. Fred already looks like a mistake, especially after the Valencia game. And that Pogba is the best, having the season he does right now, is telling. Wijnaldum improved heavily on last season, Fabinho is settling in nicely, while Milner seems like he is not slowing down at all.

Sadio Mane has scored six goals and added one assist this season and has been a very important player, especially in the opening months of the season, when Mohamed Salah still looked a little bit off and tired. But nevertheless, Anthony Martial looks like Man United’s best player, which after a rocky summer is particularly pleasing.

He looks like he is enjoying football more than last season and he came through with some very important goals this campaign. That is why he deserved a place alongside Roberto Firmino and Salah. Lukaku has been inconsistent and often invisible, while even Daniel Sturridge had some really good moments.