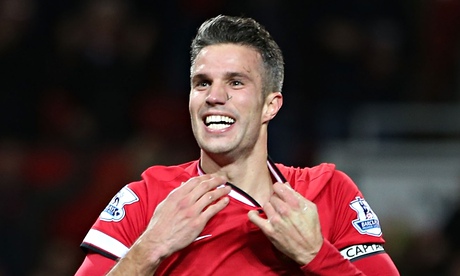 Manchester United were only the second side to deny Chelsea all three points in a league match, as the Reds secured a spirited 1-1 draw at Old Trafford. Louis van Gaal knew that his side needed to improve on the 2-2 draw with WBA last Monday and would have been impressed with his side’s first half performance.

United created numerous chances only to be thwarted by Thibaut Courtois, who received man of the match plaudits for his heroics. Chelsea were also unlucky in the first half when Dider Drogba tested David De Gea, who got down low to stop the Ivorian.

Eden Hazard had some exceptional moments and his dribbling was a threat as he frequently glided between United players. In the 52nd minute, the Belgian was through on goal, following another brilliant dribble to elude the United centre-backs, before striking the ball low and hard – only for De Gea to add another superlative save to his growing collection. Unfortunately for United, Drogba scored from the resulting corner, glancing a powerful Fabregas delivery past De Gea, with Van Persie slightly culpable after straying from the near post. Chelsea took the lead and started looking ominously comfortable.

Both sides were good value for their point, with United marginally on top in the first half and Chelsea having the better of the second… until the 94th minute. Here we discuss the talking points from a tense, engrossing football match, and as always we welcome comments from both sets of fans.

United’s second-half spirit returns
Thus far this season, United have tended to fade in the second halves of games – until West Brom, they had not scored a single goal after the 64th minute of their fixtures. It’s unclear whether poor physical conditioning or mental weakness is primarily responsible for this. With Chelsea scoring roughly ten minutes into the second half and proceeding to enjoy a comfortable next thirty-five minutes, one could’ve been forgiven for thinking this pattern had manifested itself once more. United’s chances were limited in the second half – in stereotypical Mourinho style, Chelsea looked to suck the life out of the game, looking to tire United with long periods of largely sterile possession while reinforcing their backline with increasingly defensive substitutions.

As the 90th minute drew nearer, however, United belatedly found their second wind. Van Persie’s excellent run and shot after Shaw’s clever pass forced Courtois into a sharp save with his legs. As United entered the third minute of injury time, Angel Di Maria was tripped up by Branislav Ivanović – who was sent off for a second bookable offence. The resulting free-kick saw Courtois save a header from Marouane Fellaini, but he could only parry the ball into the path of Van Persie, who smashed home to earn United a point. The old bloody-mindedness that defined Sir Alex Ferguson’s Man United appears, slowly, to be returning to the side – after being misplaced for more than a year1The club famously went on gardening leave for the entire 2013-14 season..

Defence: Inelegant but effective in the middle, encouraging out wide
With a dreadful defensive record coming into the game, not helped by injuries and enforced player rotation, United came into the game fearing the worst – especially with Chelsea’s creative players2Hazard, Fabregas, Oscar and to a slightlylesser extent, Willian. offering variety and intensity of threat. Moreover, given Van Gaal’s preference for calm distribution from the back, the presence of Marcos Rojo and Chris Smalling3Undoubtedly United’s two clumsiest defenders in possession. Somebody on Twitter thought I was crazy for saying this, but his avatar was a Superman logo, so we should completely ignore him – Superman is the cheat code of comic books. did little to boost confidence. Rojo’s predilection for errant long passing is something we will have to hope he can eradicate. Nevertheless, what both centre-backs lack in finesse, they more than made up for with tenacity, and while there were a few moments of weak communication, both men contributed to one of United’s better defensive performances under Louis van Gaal. It spoke volumes of their performance that a previously free-scoring Chelsea side created only one clear-cut chance from open play – Hazard’s brilliant feint-and-accelerate move that necessitated De Gea’s “fantastic4Van Gaal’s words.” close-range save.

In the fullback positions, Rafael and Luke Shaw gave good accounts of themselves. Shaw in particular has come in for some infeasibly premature criticism, the implication being that his price tag renders irrelevant his youth and need to adjust to new surroundings, colleagues and expectations5I suppose this is the sporting equivalent of people saying “Oh, you’re a millionaire, so you don’t have any real problems.”. The 19-year-old left-back gave his best display in a United shirt, constantly offering an attacking option on the left and diligently tracking back defensively – Willian created little from his right-sided position and frequently came inside to escape his marker’s attentions. On the other side of the pitch, Rafael was shown a yellow card in the first half, which meant everyone’s Twitter timelines were polluted with non-stop “red card waiting to happen” cliché bloviations.

Midfield: Equal to the task, and forceful Fellaini finds form
If we’re being honest, 99.7% of us expected nothing good from the Belgian bonsai giant Marouane Fellaini before this campaign began. However, last season’s whipping boy has made outstanding contributions to United’s past two games – a superb take and smash to equalise at West Brom, followed by an excellent display at Old Trafford on Sunday, where he was (for me) the man of the match by some distance. In the defensive phase of play, he shadowed, tracked and harassed Cesc Fabregas into his worst display since returning to the Premier League with Chelsea. Better still, he complemented this with some forceful running in support of Van Persie who, as the lone striker, would have been totally isolated otherwise. While his distribution will never be as clever or as subtle as that of Keane, Scholes or his other distinguished predecessors, he flicked a first-time aerial backheel to Adnan Januzaj that made me question the fundamental principles of space-time. If Fellaini can keep this level of performance up, it will feel (almost) like a new signing – which would be jolly useful since our actual new midfield signing, Ander Herrera, has been injured for a few weeks.

Elsewhere in United’s midfield, Angel di Maria finally had his first poor outing for United – yet still he was instrumental in setting up the equaliser. That aside, the Argentine genius chose a bad time to have an off-day, though that was at least offset by a vastly-improved performance from Januzaj. Some fine dribbling and passing – the latter nearly setting up goals on a few occasions – were a welcome reminder of the 19-year-old’s ability and confidence, especially after a rusty display in the Midlands last week. Once again, Juan Mata’s contribution was more decorative than decisive. Despite him being a wonderful player and a damn fine chap, it really does seem like his time at Old Trafford is winding down.

Daley Blind continued the thankless task of plugging gaps between the backline and the front five. Michael Carrick’s return to fitness should see Blind’s workload decrease, either as they rotate with each other in the holding position, or as the shape of the team is altered to accommodate both players. That would be a welcome selection dilemma for LvG to have.

Van Persie gradually coming back into form
There’s been a lot of speculation recently, about the present state and likely future trajectory of Robin van Persie’s form. It is hardly revisionist to say that his club form since around February 2013 hasn’t matched the extraordinary purple patch that highlighted his final season at Arsenal and his first six months in Manchester. The Premier League’s #1 exponent of distinguished greying coiffure has maintained a consistently good scoring rate throughout his United career, regardless of his form. Interestingly, Wayne Rooney’s productivity – in goals and assists – tends to exhibit similar consistency despite wild fluctuations in his overall performance levels.

On Sunday Robin gave a performance that was, if not scintillating, at least reminiscent of his best in its efficiency and intelligence. Manufacturing space for himself with clever, economical movement, he kept Chelsea’s centre-backs and goalkeeper occupied throughout the game; his 94th-minute equaliser was as well-taken as it was well-deserved. The subsequent mix of joy and relief in his celebration6Including a shirt removal somewhat harshly described as “stupid” by his manager. was palpable, and perhaps indicative of someone who thinks good times are on their way back. Here’s hoping.

Next up
United played well on Sunday but further tests are up ahead. A trip to the Etihad looms this Sunday, and the Reds will be keen to improve on last season’s 4-1 massacre. With a number of key players coming back into form and fitness, United should ensure that the fixture is at least competitive this time. 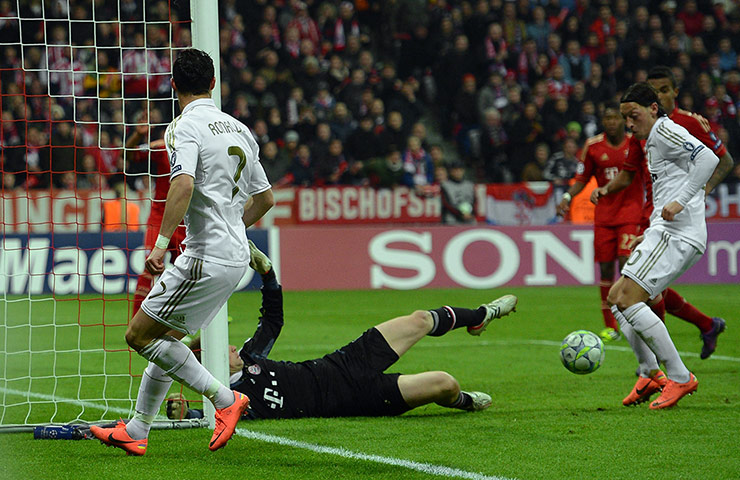 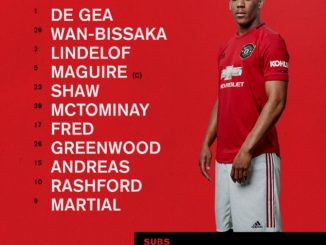 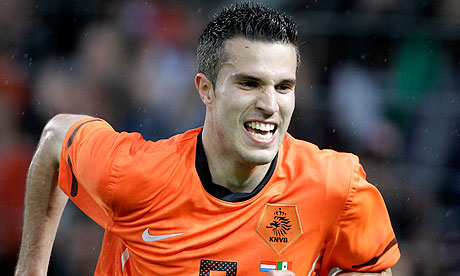