Manchester United are coming off their biggest win of the season, and probably one of the biggest comebacks in recent memory when they eliminated PSG in the UEFA Champions League earlier this week. The Red Devils are coming off a huge 3-1 win on French soil, and knocked the reigning Ligue 1 champions out of Europe’s best club-level competition. But they can’t take a break because they have another assignment on store when facing Arsenal. Knowing Tottenham lost to Southampton, a win here could leave Manchester United in third place of the standings. However, a defeat could drop them out of the Champions League qualification zone. Without a doubt, this is a must-win game for The Red Devils.

As it has been the trend in recent weeks, Manchester United will be seriously depleted entering this match. Juan Mata, Jesse Lingard, Alexis Sanchez and Antonio Valencia have been ruled out due to injuries. And both Phil Jones and Matteo Darmian has been listed as questionable. Ander Herrera and Nemanja Matic, however, recovered and have been listed as available. The same goes for Anthony Martial and Paul Pogba, as the latter missed out on the PSG match due to a suspension.

On the other hand, Arsenal won’t have Lucas Torreira since the Uruguay international has been suspended after picking up a red card the last time out. The other three players missing have been the same ones from past matches; Rob Holding, Hector Bellerin and Danny Welbeck are all long-term absences for Unai Emery.

Coming off a huge win over PSG, the result against the French giants also meant that Manchester United are now riding a five-game undefeated streak in all competitions. In fact, The Red Devils are yet to lose a Premier League match since the arrival of Ole Gunnar Solskjaer in mid-December. They are coming off wins over Southampton and Crystal Palace, as well as a 0-0 draw against Liverpool, in their past three Premier League outings. Perhaps even more important is the fact that Manchester United have won their nine away contests during Solskjaer’s tenure, scoring at least two goals in seven of those matches.

Meanwhile, Arsenal are coming off a disappointing 3-1 loss to Rennes in the UEFA Europa League this past Thursday. They also drew their most recent league match when they secured a 1-1 draw against Tottenham. But Arsenal are riding a four-game undefeated streak in the league (W3, D1). And they have also won their last four home matches in all competitions. Their most recent home defeat was against… Manchester United, in the FA Cup back in January. They’re on a good run of form at the Emirates, though. They have posted a W8, L2 mark in their last 10 home games across all competitions.

Taking into account only the last 10 meetings between Manchester United and Arsenal we can see that there’s parity. However, the scales tip slightly towards United’s side. The Red Devils have posted a W4, D3, L3 record in their last 10 matches against The Gunners. They’ve also gone undefeated in their last four meetings against them (W3, D1). During the current season, these two sides registered a 2-2 draw in the league back in December, while United secured a 3-1 at the Emirates in the FA Cup this January.

As it has been a trend during recent weeks, Manchester United will be shorthanded in this game. However, they still look like the better side in this match, based on both form and morale. As things stand right now, it is likely that this match will feature both sides scoring. Manchester United will certainly be competitive here and they could easily secure the three points against another Top 6 opponent. 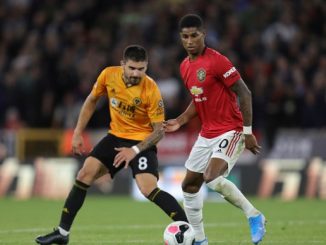 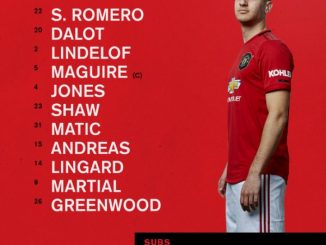 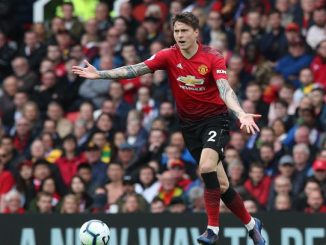