Man United’s first foray into the Capital One Cup saw them take on Newcastle at Old Trafford last night. Both managers made plenty of changes to incorporate youngsters and players returning from injury – that didn’t created a disjointed game though as both sides contributed to a very watchable 90 minutes of football. As ever, we welcome comments from both sets of supporters.

The kids get thrown in

With the news that Vidic would miss the next 8 weeks, Fergie decided to guard against potential injuries to the remaining first choice defenders and named a back four that had just one start and one sub appearance for United between them.

Vermijl made his debut at right back having impressed with the U21s and did alright. He tired midway through the second half and despite a few nervy touches and attempted crosses, he put in some gorgeously shaped balls for strikers to try and get on the end of. Unsurprisingly he was keen to get forward at every chance and linked up well with the central players.

There was a debut for Scott Wootton and a first start for Michael Keane. Both were assured enough although probably got lucky that Newcastle regularly failed to supply their strikers with good balls. It would have been a good learning experience for the pair who both got turned and beaten aerially a few times but also made their fare share of tackles and crucial interceptions. Michael in particular showed a real calmness in possession and his reading of situations and consequent positioning has to be commended.

There were debuts for both Brady and Tunnicliffe too – they came on late on and neither had a chance to show what they can do. Certainly they weren’t helped by being played in the fullback positions when both are more comfortable higher up the pitch. Lingard and King were both unused substitutes whilst various other young players such as Cole and Blackett were in the squad.

Rooney and Fletcher shine on returns

A tad ahead of schedule, Rooney returned to United’s starting line up and played nearly all the game. With a very pronounced scar on his leg, he played a deeper role, linking the midfield to the forwards and also worked hard to help out at the back at times. He didn’t look completely fit but his touch was excellent and his distribution even better, prompting some to compare his performance to something Scholes would produce. He was deservedly awarded man of the match.

Unlike Rooney’s appearance, Fletcher’s had been planned some time back. He came on as a sub against Galatasaray last week and struggled with the tempo, looking like a passenger. Last night though he was much more comfortable and played the entire game. His position in front of the back four ensured that running and energetic play was kept to a minimum which suited him. He appeared sharp on the ball and wasn’t afraid to get stuck into challenges. His best work arguably came in helping the young defenders, often dropping in as a third centre back and just ensuring they had as much protection as possible.

It was the first time he’d captained United from the start of a game and at times he certainly appeared to be the most experienced player on the pitch. His discipline also aided both Cleverley and Anderson, freeing them to play with some creativity and energy. Playing with a holding midfielder maybe provides a glimpse of what United might consider doing in the future. It was a good return and another step in the right direction for Darren.

There is always something a bit disheartening about seeing so many empty seats for a first team match and last night 39% of Old Trafford seats did not have people sitting on them (or standing in front of them!). Whilst this competition takes place on a week night and is in the eyes of some fans, the least important trophy that United are going for, Old Trafford could have been busier.

United’s ticket prices were unnecessarily high, between £30 and £52 – disappointing when this provides a good chance to reduce tickets to encourage a younger and more local crowd. United could certainly learn from other big clubs who’ve cheap ticket schemes in place for such occasions. A further analysis of ticket prices at United and how they compare to other clubs for Capital One Cup games can be found on ROM.

Man United won a really entertaining tie despite coming under quite a bit of pressure late on. The first half saw them produce some very slick football and they can be disappointed not to have scored more than one goal. The goal was a stunner from an unlikely source – Anderson’s strike came out of nothing although both he and Cleverley should have put away good chances earlier.

Tom finally did get his first United goal early in the second half – a flowing move that should have seen Hernandez play in Welbeck eventually enabled Newcastle regroup but upon getting the ball on the edge of the area, Cleverley took advantage of the Newcastle keeper’s blocked line of sight to clip a passed effort past him. The introduction of Papiss Cisse gave Newcastle renewed impetus and he quickly latched onto a fabulous cross by Ferguson to pull a goal back. Both sides hit the woodwork but United held out for the win. As ever, you can catch some of the forgotten highlights from the game in GIF format on Beautifully Red.

A deserved victory has set up a fourth round tie away to Chelsea in what could be a busy week for United – the tie is likely to be sandwiched between Chelsea away and Arsenal at home in the league. Next up though is a tough looking game at home to Spurs this weekend. 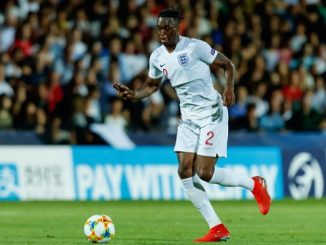 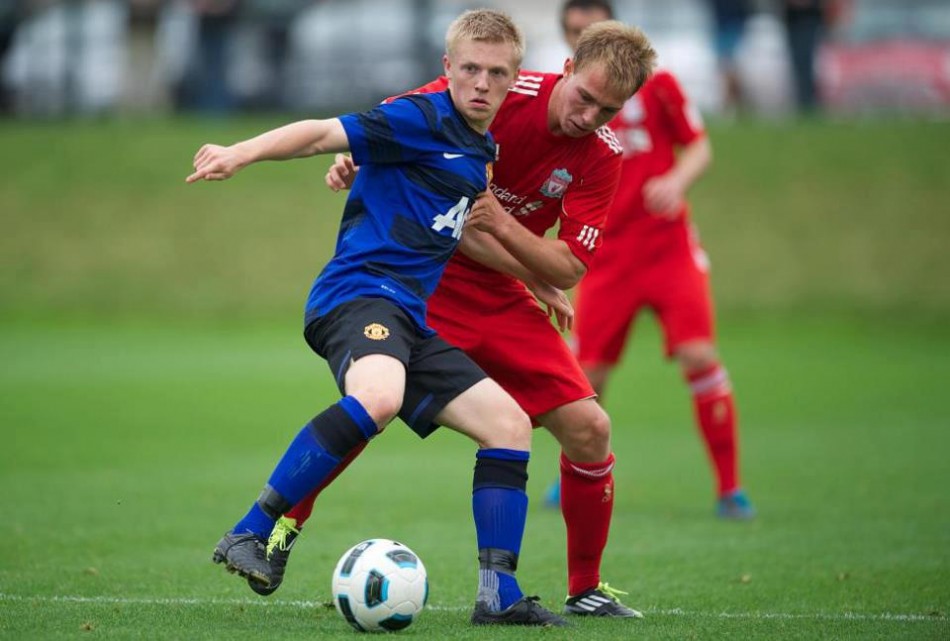