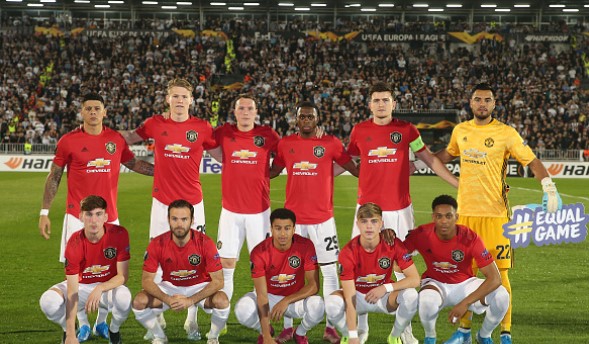 We are still in that period when the international break is not over just yet, but we are slowly trying to look at Manchester United’s upcoming matches. The players will soon start returning to Manchester and before you know it, it will be another weekend packed with action.

That is why we have decided to take a look at the upcoming month. It is 18 November today and we will be looking at the next eight matches United will play, all to be played by 18 December. It is afterwards that the famous festive period will begin and that is a wholly different story.

This will be the start of a tough period for Man United, with eight matches in the just over three weeks. Sheffield United are a tough opponent that started the campaign incredibly well after coming up from the Championship. Their 3-5-2 formation is quite a unique one, with overlapping centre-backs switching positions with wing-backs. They have been a lot of fun to watch.

The second to last Europa League match of 2019, but for Man United it is basically a dead rubber. Sure, there is still to be decided who will win the group, but in the end, Astana conceded 11 goals against AZ Alkmaar in those two matches. They are a team that should be swept aside without much fuss. It will be a great opportunity for youngsters to get a chance, too.

Another newly-promoted side in Premier League action. This time at Old Trafford and Villa are making a return after a few years of missing out on this trip. Villa have made a good enough start just to not be in relegation zone, with 11 points from 12 games. That is not a great tally, but they have shown from time to time that they can hurt tougher opposition.

Three days later, Man United will host Tottenham Hotspur. That match will come another three days before the Manchester Derby, so this will be a tricky part of the road. Tottenham are still far from that team they were last season, but there have been glimpses that Spurs are getting up to speed. This will be a great test for Ole Gunnar Solskjaer’s side.

Especially that straight away, United will visit Manchester City at the Etihad. There is nothing unknown to be told about City, but if United do well against Spurs and their city rivals, then the top four will be much closer than it is now. It will be far from easy, but Pep Guardiola’s side has shown they are far from where they want to be and that 3-1 loss to Liverpool showed a lot of flaws in their game.

And then afterwards, another three matches at Old Trafford – against AZ Alkmaar in Europa League, Everton in Premier League and Colchester in League Cup quarter-final. This means United will play five of their next eight matches at home, with the sixth game also happening in Manchester.

Against AZ, Man United could top the group, Everton are a team you never know in what mood they will show up and then will come the must-win game against Colchester.

It will be a hectic month for Man United, but one that could set up a lot of good things for the second half of the season.