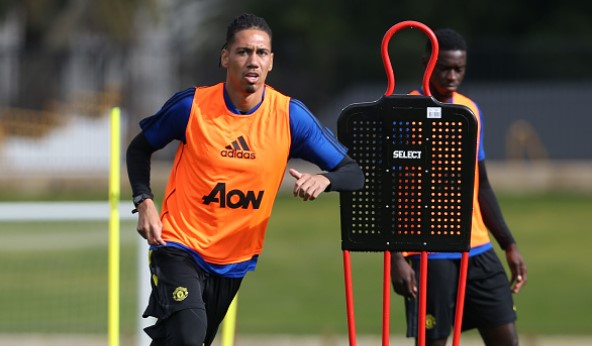 Manchester United players are still on international duty, as we wait for everyone to return to their respective clubs and continue the club campaign. The national sides, in the meantime, are battling for big tournaments, with those in Europe trying to get the last train for EURO 2020. Most of the sides have already qualified and on Sunday there was confirmation that Cristiano Ronaldo’s Portugal will be there, too.

But here are the most important news for today.

England have finished their Euro 2020 qualifying campaign with a 4-0 win in Pristina. It was a really good performance against a clearly weaker side and important part of the game was that Marcus Rashford scored once again. That was his 10th goal for England in 38th appearances, which is a remarkable achievement for a 22-year-old.

Manchester United star has now scored nine goals in his last ten matches for club and country, further highlighting in just how good form he is. It was great to see Rashford get on the scoresheet once again, as he will be much needed in such form at Man United.

Alongside Rashford, Harry Kane scored too, which is an important info, because he is a rare player to have scored in ten consecutive qualifying matches. Kane scored in all eight games in this group, whilst also scoring in the final two matches of the last qualifying campaign for Russia 2018.

There are interesting news coming out of Italy. According to Calciomercato, the price necessary to pay for the signature of Chris Smalling is known and it amounts to 18 million pounds. The Italian media outlet are claiming that is the price AS Roma will have to pay if they are to sign Smalling on a permanent deal.

After a lot of thinking and reconsiderations, Smalling decided last summer that it was the best for both him and Man United if he made a move away from the club and he went on a season-long loan to Rome. He has been doing very well since his arrival in Italy and there are reports suggesting Roma would be open to signing him.

The reported price tag will not be easy for Roma to fork out, especially considering he is a centre-back after all and Italian clubs are not that rich to just throw money around. It will be interesting to see how the things will unfold.

And at the very end, there are interesting and somewhat unrealistic reports going around. Apparently, Manchester United are ready to move swiftly for Jadon Sancho and Erling Braut Haaland when the January transfer window opens.

Mirror are reporting that the two players are likely to cost close to £200m and that the feeling at United is that there is an opportunity to take advantage of Sancho’s discord with Borussia Dortmund. Will any of this happen? Most probably no.

January transfer window is not an easy time to buy players, especially not in transfers of this magnitude. Dortmund will not let Sancho go in January, nor will Salzburg allow that to happen with their star striker.